Home / Artificial intelligence technologies / Labor as a Service: Augmented Reality for Everything 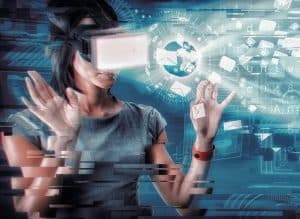 Augmented reality is not limited to high-skilled professional work. Now, immersive AR experiences can be applied to manual labor.

For years, there have been telepresence robots, useful for medical or educational settings, in which a robot with a screen displaying the remote operator could move about a location. While early applications included educational and medical settings, these telepresence robots proved to be somewhat bizarre, and usually not worth the cost. It simply is cheaper, simpler, and more socially acceptable to set up a screen for a remote individual via FaceTime, Skype, or Zoom. The next stage of such remote robotic activity has been immersive, guided augmented reality experiences to assist professionals in performing remote tasks.

Remote surgery, for example, can now be performed by specialists who may not be available for local procedures. For example, Johns Hopkins University recently disclosed that a team of its neurosurgeons performed the institution’s first augmented reality surgeries in living patients. During the first procedure last year, doctors placed six screws in a patient’s spine for spinal fusion surgery to fuse three vertebrae in order to relieve a patient’s chronic, debilitating back pain. In another procedure, they removed a tumor from a patient’s spine. (The doctors report that both patients are doing well.)

AR is not limited to high-skilled professional work, either. Now, immersive AR experiences can be applied to manual labor, such as stocking store shelves. In a demonstration project from robotics firm Telexistence (shown in the video here), a worker in a remote office is immersed and controls a robot at a distant convenience store. A remote worker, for example, can pilot the firm’s “Model-T” robot in a convenience store to stock drink shelves from an office five miles away. Potentially, the worker could be on the other side of the world, overseeing shelf-stocking across multiple global locations.

This could be the start of “Labor as a Service.” While the Telexistence Model-T was intended to keep workers clear of potential Covid-19 environments, there may be many applications within areas where human labor is not available.

A survey of technology executives conducted last year by Grid Raster found high enterprise adoption rates of both augmented reality (AR) and virtual reality (VR), along with sizable productivity and noticeable cost savings. The survey found that 56% of businesses have implemented some form of mobile AR/VR technology, and another 35% are considering doing so. One-quarter of those surveyed said they have fully deployed solutions and are looking to scale up AR/VR use.