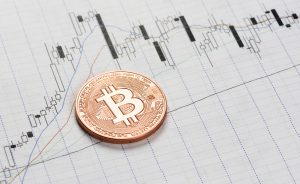 The partnership will feature an integration between FICO’s anti-financial crime solutions and Bitfury Group’s Crystal analysis.

FICO, a provider of analytics tools, this week revealed it has teamed up with Crystal Blockchain, an arm of the Bitfury Group that specializes in analyzing digital currencies, to help financial institutions combat money laundering involving cryptocurrencies.

At the end of each day, Crystal Blockchain will launch queries against its database of transactions that FICO will then share with organizations using its software to generate a risk score for transactions that might require additional verification. The goal is to make it simpler for financial institutions to identify suspicious activity involving cryptocurrencies that many of them now accept as a form of legitimate species.

However, many of those same financial institutions are well aware digital currencies are being employed to illegally launder money and fund terrorism, says Hetzler.

At the same time, however, legitimate businesses want to be able to employ digital currencies based on blockchain platforms to normalize transactions across an extended global supply chain. Financial institutions are caught in a bind between wanting to service the needs of their clients and widespread usage of digital currencies to fund wide ranges of illicit activity, including most infamously ransomware.

The Crystal Blockchain platform in real-time can detect how many addresses are controlled by a particular user regardless of the entity involved. The company employs proprietary clustering techniques to identify a list of addresses generated by the same private key. The challenge is some individuals have begun to generate so-called shared transactions such as CoinJoin in an attempt to obfuscate the provenance of a digital coin. However, Crystal Blockchain can track more than 20 types of entities, including exchanges, miners, gambling services, and Darknet marketplaces to identify which users are associated with entity wallets.

It’s not quite clear to what degree businesses will be employing digital currencies to conduct transactions given the concerns of the local governments of countries they may operate in. However, it’s apparent that more organizations are evaluating digital currencies as part of an effort to reduce the cost of conducting financial transactions between trusted partners. Organizations of all sizes also want to be able to conduct transactions with new trading partners without having to wait weeks to set up transactions involving multiple currencies that tend to fluctuate in value. As such, several financial institutions have launched proofs-of-concept (PoCs) based on blockchain platforms that would enable these transactions.

Like all transactions, digital currencies would still be subject to local government audits that would be especially focused on surfacing transactions funding illicit activity. The sanctions that would be applied against financial firms that are seen to be abetting global terrorism would be severe.

At this juncture, however, it may be more a matter of when and how transactions involving digital currencies will be conducted rather than if.