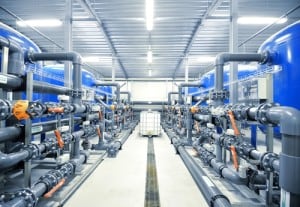 C3 IoT, Microsoft, PTC, SAP, and IBM were all named industry leaders in Forrester Research’s report on IIoT software platforms. The five companies were praised for strong offerings and strategy.

C3 IoT was ranked as the strongest platform offering, while IBM was far ahead on strategy. Amazon Web Services (AWS), seen as the behemoth of the industry, was ranked as a contender, behind many of the strong performers like GE, Oracle, and Siemens.

Part of the reason for this is AWS has not expanded as heavily into IIoT software as the other vendors mentioned in the report. It has launched a few prebuilt applications, but according to Forrester, it doesn’t offer as comprehensive a solution. The company’s strategy is also not as focused on IIoT software as others mentioned.

Forrester ranked the 15 companies on 24 criteria, including analytics capabilities, utilization of digital twin technology, and enterprise integration. While some of the leaders – IBM, Microsoft, and PTC – exert a large market presence, C3 IoT managed to obtain leader status despite offloading device to player connection to AWS and Microsoft Azure.

Cisco was ranked the worst out of the 15 companies on product offering and strategy. While its market presence is larger than that of many leaders and strong performers, it suffers from platform assets that are incompatible with each other, and a lack of interest or understanding of the IIoT market.

Hitachi and GE Digital both received warm praise from Forrester, but both came with shortcomings. Hitachi’s IIoT platform is not well known to customers outside of Japan. GE Digital’s future is up in the air, with the division apparently up for sale.