Home / Internet of Things / FRESH DATA: 6 Most Promising Areas of IoT Amid the Waste 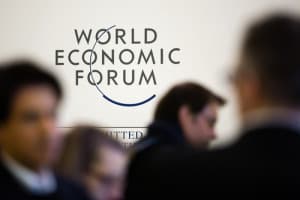 The World Economic Forum said IoT spending is expected to rise above $1.2 trillion in the next four years, but not all of that money will be well spent.

The World Economic Forum said IoT spending is expected to rise above $1.2 trillion in the next four years, but not all of that money will be well spent.

“IoT has the potential to unleash new economic opportunity and dramatically improve the quality of life of billions of people, but this future is far from guaranteed,” said Jeff Merritt, Head of IoT and Connected Devices at the World Economic Forum. “Without a more strategic focus and roadmap, we risk squandering trillions of dollars in public- and private-sector investment in the years ahead.”

During the first half of 2018, WEF’s Centre for the Fourth Industrial Revolution and a community of experts analyzed more than 200 case studies, and corresponding solution sets, of IoT technologies tested and deployed around the world.

IoT solutions in six thematic clusters were singled out as the most successful:

Experts also found that not all industrial IoT applications are impactful or scalable. Technologies that improved worker well-being stood out above those that focused exclusively on the bottom line.

The key six areas that the WEF report highlighted address pressing needs especially in China and the broader Asia region, where pressure on healthcare and urban infrastructure systems have rendered IoT solutions valuable. Not surprisingly, Asia currently is the world leader in IoT spending.

END_OF_DOCUMENT_TOKEN_TO_BE_REPLACED

One thought on “FRESH DATA: 6 Most Promising Areas of IoT Amid the Waste”