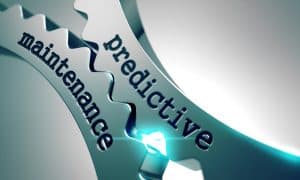 While industrial IoT held much promise, even one of its first general use cases involving predictive maintenance has failed to gain a lot of traction.

From its earliest stages of inception a few years ago, predictive maintenance – employing data analytics to proactively predict equipment stresses and failures – appeared to be the killer use case of the Industrial Internet of Things.

In theory, with data streaming in from everything from trucks to trains to engines to elevators, the industrial IoT would dramatically increase the efficiency of machines and open up a new generation of service businesses.

That’s the word from a recent survey of 600 high-tech executives by Michael Schallehn and Christopher Schorling, both with Bain & Company. The Bain study found that industrial customers were less enthused about the potential of predictive maintenance in 2018 than they were two years earlier. “Conversations with many customers reveal that implementing predictive maintenance solutions has been more difficult than anticipated, and it has proven more challenging to extract valuable insights from the data, Schallehn and Schorling state. The problem has been integrating such capabilities into existing operational technology.

Instead, enterprises are eager to try out augmented reality and virtual reality for maintenance and training, the survey shows. The catch is, most vendors aren’t quite ready.

Predictive maintenance isn’t the only trouble spot in today’s IoT implementations, the Bain study finds. “Many have found IoT implementation more challenging than they anticipated. Because of this, customer expectations have dampened somewhat. While long-term predictions for industrial IoT implementations remain positive, for the near term, “customers expect implementation to be a bit slower than they did in 2016,” Schallehn and Schorling find. However, rapid and comprehensive adoption of IoT remains inevitable, “given the progress in sensor technology, 5G connectivity, edge computing and edge analytics, and an estimated 20 billion devices connected by 2020,” they add.

Additional good news for IoT proponents is that return on investment also appears to now be a given in industrial IoT projects. Fewer enterprises “are concerned about ROI than two years ago, perhaps because they have been satisfied by the returns on their early implementations. Industrial IoT use cases are beginning to deliver vendors’ promises.” Two years ago, 35% cited concerns with ROI, a percentage that has dropped to 28% in the most recent survey. The leading concern, cited by 40%, is security, followed by IT/OT integration challenges, indicated by 32%.

Applications enterprises are most interested in applying to industrial IoT include quality control, remote monitoring of equipment and tracking of assets or equipment on production sites, the survey shows. Augmented reality and virtual reality for maintenance and training, and energy management, were among those that customers are eager for, but vendors don’t feel ready to deploy.

Schallehn and Schorling provide advice on moving forward with this new, cautious phase of IoT:

Take a long-term view. “Building capabilities and forging strong partnerships takes time, so commit to long investment periods. Approach the effort with a realistic view of the funding, timeline and staffing changes needed to deliver results.”

Bring in – or train for — the right skills. “Your best employees excel at their jobs, but new operating models may require different skills. Learn to identify, hire and retain the entrepreneurial talent to thrive in your evolving business model.”

Provide vision. “Executives need a clear picture of what their new operating model will be. Many companies struggle to scale their successful proofs of concept amid fears of cannibalizing existing products and revenue, or out of concerns that the nascent enterprise won’t meet profit and loss requirements. Companies need to redesign the operating model around IoT initiatives in ways that allow internal entrepreneurs to pursue these opportunities without alienating the rest of the organization.”