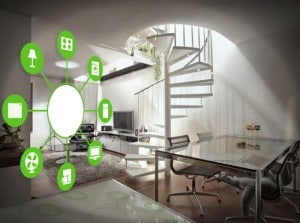 The report by TechUK and GfK found that ownership of smart speakers/home assistants has doubled but the popularity of smart homes has stagnated.

Over 40% of consumers cite high prices and security/ privacy concerns as a reason for not fully embracing smart home technology. A new report by TechUK and GfK found that ownership of smart speakers and home assistants has doubled.

Smart Home Tech by the Numbers

The number of households that own three or more smart devices has increased by a quarter from 2017. Ownership of connected home devices grew from 35% last year to 44%. The number of homes with no such devices dropped from 20% to 16%.

Matthew Evans, head of techUK’s IoT program says, “The Connected Home can deliver real productivity and cost savings to consumers, as well as that elusive prize of peace of mind. However, our report demonstrates that privacy and security concerns are real barriers to the adoption of connected home technologies.”

Emma Kendrew, Artificial Intelligence Lead for Accenture says, “Many people are not using them to their full potential because of trust issues. There are a lot of misconceptions out there about how these voice assistants work. Artificial intelligence and the voice assistants that use it are examples of technology that should serve humanity. So as the developers of these services, we need to bridge that trust gap, so that people can see and make use of the many benefits instead. One avenue is for technology companies to extend their work with financial institutions to create services that consumers have greater trust and confidence in.”