Home / Analytics / From Real-Time to the Edge: The Top IoT Trends for the Coming Year 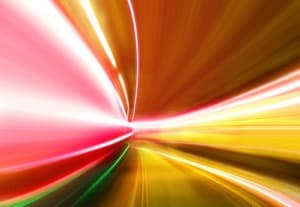 From edge computing’s importance to elusive ROI, OSISoft takes a look at the top trends shaping the adoption of IoT in 2019.

Why real-time data will rule, how industrial applications could drive market growth, and why the need for edge computing will become more urgent. IoT has come a long way in the past decade, but here’s what we can expect to see in 2019, from the team at OSISoft.

Energy is often 30% or more of the operating expenses for a water utility—often, they are the largest power consumers in their area– and history shows you can cut that by 6 to 12% through some basic IoT monitoring. Reducing energy at an aluminum production facility by a single percentage point can mean $1 million or more in savings. Reducing your own power by 1% would only earn you a few dollars.

A number of industrial customers are also waking up to the idea that they can produce more with their existing capital through IoT. A good portion of the spending that would have gone to “hard” investments like machinery will go toward software.

2. The edge will be far more important than people realize. What is the edge? The edge is basically a facility where data storage, computing, and decision making largely occur locally to improve response time while lowering bandwidth and other costs. Not all data needs to go to the cloud. A good portion of it needs to be accessed by people on the ground to prevent production problems or improve safety.

See also: IoT security spending could hit nearly $10B by 2025

The edge, though, will require its own technology stack. People will have to be able to access the data directly and act on it: they won’t have the luxury of having data scientists around to help them. Thus, I think you’ll see a lot of innovation here in terms of data collection and analysis and visualization both on the hardware and software size.

3. Machine phishing will become a more urgent concern. Hackers increasingly will try to infiltrate IoT and operational networks to send false signals that in turn cause owners or plant operators to take actions that can be damaging. Hackers, for instance, might have a battery pack report that it’s fully charged when it’s not or a disgruntled employee at a brewer might cover up the data that otherwise would show how recent production has gone awry. Lawrence Berkeley Lab along with startups like Aperio and Dragos are developing technologies to detect and solve these kinds of problems already.

4. Real-time data will grow in importance. Real-time data, i.e. data that is gathered and processed for human consumption in the here and now, represented 15% of digital data in 2017, according to IDC. By 2030, it will account for 30% and the total volume of it will be 7 to 10X larger. You’ll see a great deal of innovation and investment, particularly in software that will let people understand what machines are saying.

5. Smart equipment will begin to get momentum. Manufacturers will increasingly integrate real-time monitoring and diagnostics into equipment. Caterpillar, for instance, has helped some shipping companies save $1 million per ship through its CAT Connect monitoring services for engines. Flowserve has added intelligence services into industrial pumps. Over the past five years, we’ve seen the technology stack come together and several end-users conduct trials. Over the next five, we will see commercial adoption. This is industrial so things take time, but the trend is unstoppable.

6. Rules and business practices for data sharing will start to begin to gel. So let’s say an equipment provider provides ongoing monitoring on devices it sold or leased to an end user. Who owns that data? Most would say the end users, but what if the equipment provider conducted analytics on the raw data thereby creating a second set of information that’s more valuable than the first? Can data from one facility be anonymized and used to optimize benchmarks for another owned by a competitor? These are big questions and no one has figured them out yet. These issues will increasingly be raised in 2019.

7. Traditional businesses will develop new business models out of IoT. A number of small, rural utilities have begun to sell broadband services by leveraging their investments for smart meters in a new way. You’re also seeing large utilities and manufacturers study plans to commercialize their in-house IoT applications for predictive maintenance. And, again, equipment makers are attaching value-added services to devices they sell. Companies initially invest in IoT to save money, but over time they will look to the same systems to generate revenue as well.

8. IoT projects will have to hit their numbers. Companies won’t fund open-ended projects. They will want to see a payoff in two years or less.

9. IT will meet OT. It’s strange but in most large industrial companies there are two technology departments: IT, which runs the customers systems and email, and OT, which runs the technology behind the production systems. Historically they didn’t talk much. IoT brings them together. OT won’t merge into IT or vice versa. Instead, we will see the border separating them shrink.