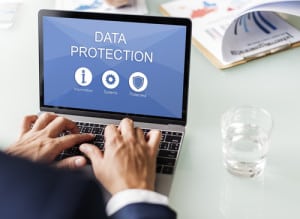 A recent Gartner report has found that nearly 20% of organizations have experienced an IoT-based security attack since 2015, and security experts predict that such attacks are only going to increase. Businesses are listening, and the report says they expect global IoT security spending to soar to $1.5 billion this year, up from $1.2 billion last year. That’s a 28% increase.

Despite this steady growth, Gartner’s report says that the biggest obstacle to IoT security growth is the lack of prioritization. They add that the slow pace of implementing security best practices is also a factor. The report says this will stall potential IoT security spending by 80%.

“In IoT initiatives, organizations often don’t have control over the source and nature of the software and hardware being utilized by smart connected devices,” said Ruggero Contu, research director at Gartner. “We expect to see demand for tools and services aimed at improving discovery and asset management, software and hardware security assessment, and penetration testing. In addition, organizations will look to increase their understanding of the implications of externalizing network connectivity. These factors will be the main drivers of spending growth for the forecast period with spending on IoT security expected to reach $3.1 billion in 2021.”

The report also forecast that regulatory compliance is expected to be a major player in IoT security adoption by 2021.

“Interest is growing in improving automation in operational processes through the deployment of intelligent connected devices, such as sensors, robots and remote connectivity, often through cloud-based services. This innovation, often described as Industrial Internet of Things (IIoT) or Industry 4.0, is already impacting security in industry sectors deploying operational technology (OT), such as energy, oil and gas, transportation, and manufacturing,” added Contu.