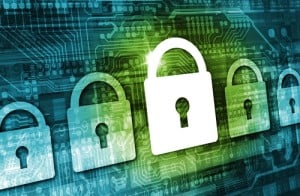 Microsoft’s Azure Sphere is designed to be a chip-to-cloud security platform for IoT devices.

“One of the more interesting parts of Azure Sphere is the certified microcontrollers. The MCUs combine “both real-time and application processors with built-in Microsoft security technology and connectivity,” Microsoft says.

Azure Sphere certified chipsets are expected to be offered by several of Microsoft’s partners in the future and one, MediaTek, is already producing them. They can be combined with the Sphere OS, powered by a custom Linux kernel. The OS provides multiple layers of security and Azure Sphere Security Service is designed to act as a cloud service that protects each device, both in device-to-device and device-to-cloud communications.

Microsoft hopes this new platform will be a compelling new option for IoT device manufacturers and put the company in a strong position to take advantage of the rapidly growing adoption of IoT devices.

“Glen Dimplex is a leader in the development of intelligent heating, renewable energy solutions, and domestic appliances. We recognize that addressing security at every layer of connected devices is critical to shipping connected devices with confidence. The work Microsoft is doing with Azure Sphere uniquely addresses the security challenges of the connected microcontrollers shipping in billions of devices every year. We look forward to integrating Azure Sphere into our product lines later this year,” said Neil Naughton, Deputy Chairman, Glen Dimplex.

Azure Sphere is now available in private preview and the first Azure Sphere chip from MediaTek is expected to become available later this year. Microsoft says they expect Azure Sphere devices to be on the market by Q4 of this year and dev kits to be available this summer.