Home / Internet of Things / How Blockchains Could Set IoT Free 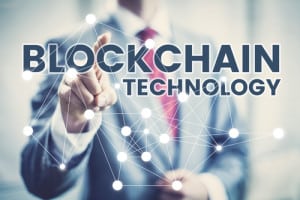 The Trusted IoT Alliance aims to create and establish an open source blockchain protocol that allows for a single Internet of Things network across multiple industries.

It seems that every week another company or consortium emerges with an all-new vision for what the Internet of Things (IoT) can and should look like in the future. This time, that consortium comes in the form of Bosch, Cisco, U.S. Bank, one key subsidiary of Foxconn, and a number of smaller blockchain companies, to form the Trusted IoT Alliance, which is devoted to creating and establishing an open source blockchain protocol that allows for one IoT network across multiple industries.

By creating some standards by which to structure blockchain-based IoT deployment, consortiums like this one seek to lower the barrier of entry to those who want a secure, easily-deployable blockchain experience.

The Trusted IoT Alliance aims to publish open source code under some coordinated standards and reference architecture that even non-members could take advantage of. And they already have a common API that allows them to register transactions on both Hyperledger and Ethereum blockchains.

“A big part of realizing the potential of blockchain and distributed ledger technologies will be linking these secure virtual systems to secure physical IoT systems,” Zaki Manian, the executive director of the Trusted IoT Alliance, said in a statement. “The Alliance’s vision is to support the creation of a secure, scalable, interoperable, and trusted IoT ecosystem and to become a key forum for enabling rapid development of mature IoT enabled blockchain use cases and specifications.”

Manian is also the co-founder of Skuchain, which bills itself as a “blockchain platform that provides transparency, security and efficiency to the supply chain.”

Does IoT need another layer of complexity?

RTInsights.com has written plenty in the past about the challenges and benefits of IoT, from why industrial IoT needs open source, to how IoT and DevOps intersect, to how IoT could save people’s lives with predictive care. To say that implementing any IoT network is easy is a severe understatement, and there is still a lot of discussion about the best technologies to use when rising to these challenges.

Even the press release from the Trusted IoT Alliance explains this situation well: “For more than a decade, enterprise technology companies have worked to develop standards for IoT security, interoperability, scalability, and identity. Proprietary technology and competing interests made a truly open network difficult to develop.”

One of the potential issues with this implementation is that it’s not just about security — it’s security via blockchain. And because blockchain is currently subject to quite a bit of skepticism, this otherwise cohesive implementation might be ignored by the wider business community. A lot of people will be wondering if there isn’t a simpler, and less in-development, security philosophy that could be used to both standardize and secure IoT communications.

The core of the Trusted IoT Alliance is introducing more open source technologies, and standardizing them, so it’s easier for enterprises to create secure, interoperable IoT networks throughout their facilities. That alone is a general break from the tradition, in which each hardware manufacturer chooses a proprietary protocol and security design of their choosing and tries to push everyone in that direction.

To that end, the consortium says, it “is a solution to both technological standards and the problem of collaboration between Fortune 5000 and startup companies.”

[Related: Can Blockchain Help Secure the Internet of Things? ]

Right now, the consortium claims it will be beneficial to more than a dozen industries, such as logistics, healthcare, agriculture, energy, payments, manufacturing, and more. While details are minimal at this point, they claim many use cases are already underway — there is a trusted odometer program, luxury goods identity verification, and smart vehicle charging, among others. They claim that by giving enterprises a place to experiment with other testbeds, all with an eye toward open source transparency and trust, that they can model a collaborative IoT space where many others have failed.

Recently, Samantha Radocchia, co-founder and CMO at Chronicled, one of the smaller companies involved in the Trusted IoT Alliance, answered a short-but-complex question on Quora: “How far are we from mass adoption of the blockchain technology?” She cited a lack of education as one of the primary challenges — it’s very difficult to explain blockchain’s value, particularly when most of that marketing work has been done by cryptographers, “who may not be the best spokespeople for introducing innovations to the masses.”

Radocchia said scaling blockchain technology is the second major hurdle, and positioned the Trusted IoT Alliance as the solution to allowing for “compounding growth in the blockchain space.” She also compared the current state of blockchain to that of the Internet as a whole back in the early ‘90s: “People struggled to understand it, and others questioned how such complicated tech would scale to mass adoption. Look where we are today.”

If the Trusted IoT Alliance can help standardize the blockchain industry the way that the World Wide Web Consortium (W3C) did throughout the ‘90s and 2000s, the potential is quite high. Now we just have to wait to see what this new consortium can actually pull off.