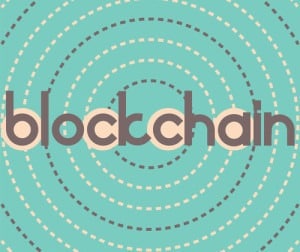 Blockchain technology promises to generate trust and visibility between disparate groups. So, why isn’t every enterprise using blockchain? And if they are, what convinced them to jump into the distributed ledger?

When it comes to hype for new technologies, blockchain trails behind only artificial intelligence and its many subsets, such as machine learning. Blockchain is most famous for Bitcoin and other cryptocurrencies, but more and more enterprises are looking to the technology to help solve longstanding problems, such as generating trust and visibility between disparate groups without needing intermediaries.

The Blockchain company claims that the technology “empowers global institutions with the same control, security and ease of use — and fundamentally changes the way they do business.” So, why isn’t every enterprise using blockchain on a daily basis? And if they are, what convinced them to jump into the distributed ledger? A few prevailing trends tell the story.

Tech-savvy enterprises are filled with individuals who likely love to experiment with new technology, but these big organizations can’t live on the bleeding edge — they need security, reliability, and generally want to see that others have implemented the technology first. Up until recently, enterprise-friendly blockchains simply hadn’t reached maturity.

Still, Hyperledger Fabric just went 1.0 in recent weeks, which is a big step in the right direction. Ethereum, another open source blockchain implementation, reached its 1.0 “Homestead” milestone back in 2016, and is considered stable. But “stable,” “feature-rich,” and “enterprise-ready” are all in the eye of the beholder — even so-called mature blockchains are subject to high degrees of change. Until we start seeing more stability and less hype, many enterprises will likely stay away.

2. The need to improved deadlocked industries and processes

Buying or leasing a car is generally considered one of the least appealing processes for consumers, but blockchain is seen as an opportunity to dramatically improve that. A partnership between DocuSign and Visa proved that smart contracts and secure payments via the blockchain could help turn an ordinary car into a “smart asset” that could help simplify buying insurance and even in-car payments, like tolls or parking.

In fact, blockchain could change the way that cars are “owned” altogether — if blockchain could be used in conjunction with all the valuable telematics data inside of ordinary vehicles (data that’s currently valued at $5,500 per year), blockchain could help make cars “free.” Other businesses in different industries are also looking at old problems through this new blockchain lens to discover ways they could disrupt old practices. Good news both for consumers and blockchain.

Those following blockchain might have heard about the recent “fork,” or split, of Bitcoin, due to two opposing groups and their differing visions for its future. The issue comes down to scaling the platform — the core Bitcoin developers are nearly finished with their Segwit2x implementation, but an opposition group has claimed that they’ll start a new currency altogether, called Bitcoin Cash. Forking is common practice in open source software, but it’s another matter when there’s billions of dollars at stake.

Some argue that this fork is nothing to worry about, and Ethereum is still around after a similar fork back in 2016 (and smaller ones since). But for casual observers hearing about these forks on the news, the inevitable conclusion is that they could invest heavily in one blockchain technology only for it to suddenly split it two, leaving them in difficult, if not impossible, spot.

Those who were around in the “dot-com” boom back in the late ‘90s are bound to remember public-key infrastructure (PKI), which shares a number of interesting talking points with blockchain, according to Luther Martin, a technologist at HPE Security.

In an interview with our very own Joe McKendrick, Martin says that PKI was championed as a way to solve all kinds of pressing issues, and that if enterprises didn’t move quickly, they would be overrun by competitors who did commit to PKI. Sound familiar? Many PKI implementations fell apart in the face of legal challenges, but even Martin is willing to admit that “it’s now a vital part of how the Internet operates.” Even then, the overall impact is nowhere near as significant as early supporters claimed it would be.

Martin explains this hesitation well: “I like to think that I’ve learned a thing of two from seeing my favorite technology fail to live up to its expectations.”

Right now, regulators are just getting started with blockchain, particularly around how the technology will intersect with banking and heathcare, our most regulated industries. While many think that regulation is a surefire way to kill an industry, others argue that regulating blockchain is the best way to guarantee it will stick around in the long-term.

With regulation comes standards and reliable outcomes, which big enterprises favor over the “Wild West” atmosphere that has dominated blockchain up until this point. If a number of governments can work together to create a standardized regulatory framework for allowing all types of blockchain transactions across borders — essentially, if they can solve the problems that brought down PKI to an extent — blockchain could finally live up to its many promises for the enterprise.