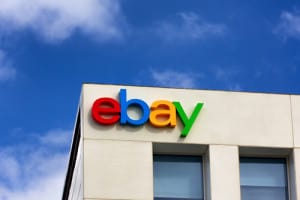 To cut power costs in half while doubling compute performance, eBay developed real-time energy optimization and best practices as part of it Project Topaz.

eBay, the hyperscale online marketplace, recognized that with 90 million active users, it was consuming too much power, while struggling to deliver performance. To address growing compute loads and with operating costs on the rise the company began executing a four-year data center plan with an ambitious goal: To cut power costs in half, to double compute performance, and to gain greater operational agility and increased reliability

The company can’t afford downtime within its 12 data centers, which would impact transactions worth more than $2,000 a second. As explained in a case study, the company’s data center team is tasked with delivering uptime and flexibility, while keeping costs down.

How This Opportunity or Challenge Was Met

eBay approached the challenge by developing real-time energy optimization and best practices, developed within a flagship facility that was part of eBay’s new data center strategy, called Project Topaz. “Located in South Jordan, Utah, Topaz is the single largest capital investment in eBay’s history, and will house more than a third of its worldwide server infrastructure,” the case study reports.

The company implemented Raritan’s Dominion PX family of rack power distribution units (PDUs), designed to provide accurate, real-time kilowatt-hour information for each asset in the data center. The PDUs supports a network layer, leveraged to measure and monitor humidity and temperature data. The system employs energy-efficient mechanisms in its infrastructure – such as an optimized building design, water-side economizers, rainwater collection and dynamic controls throughout the cooling and electrical distribution subsystems.

The most important economic metric for eBay’s data center operations team is its aggregate cost per search. Since server CPU capabilities grow so quickly with each product generation, eBay replaces its servers in two-year refresh cycles, as performance-per-watt gains outweigh the capital costs of new assets. With each server procured, however, eBay can minimize its cost per search by factoring in all costs of running the server, not only capital expenses.

The PDUs provide precise energy consumption data for every power supply of every server. The system passes this information upstream to eBay’s building management and asset tracking systems in real time. Topaz enhances its cooling efficiencies – both in cost savings and in reliability – with a real-time understanding of every server’s operating environment, according to the case study.

“eBay knows the exact inlet and outlet temperature for every cabinet in the Topaz data center. Topaz adheres to ASHRAE recommendations for server environmental monitoring, measuring the cold aisle at the top, middle and bottom in addition to the hot aisle. Because this information can be monitored constantly, eBay can fine-tune its cooling parameters to optimize efficiency while ensuring instant alerts for any fault condition at the server level.”

This type of environmental monitoring tends to be expensive, especially when deployed in every cabinet. However, the new system employs intelligent instrumentation with no additional infrastructure costs beyond the plug-and-play temperature sensors themselves.

Benefits From This Initiative

Thanks to these real-time monitoring capabilities, eBay has developed a model for its data centers that makes their IT operations both highly reliable and 50 percent less expensive to operate than the data centers they are decommissioning, the case study reports. In addition to minimizing faults and lowering operating costs, eBay’s South Jordan, Utah, facility has achieved the U.S. Green Building Council’s Leadership in Energy & Environmental Design (LEED) Gold ranking.

The flexibility designed into eBay’s data center enables it to adapt as requirements and equipment changes and, particularly important for eBay, as demand requires accommodation for future growth.