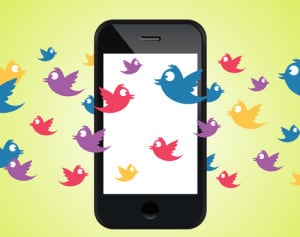 Learn how Twitter addressed its real-time processing needs with a distributed, and fault-tolerant-stream processing engine.

Twitter’s real-time, back-end infrastructure processes more than 500 million tweets per day.  However, in 2013, when Karthik Ramasamy’s company, Locomatix, was purchased by Twitter, the 7-year-old social media platform needed to upgrade its real-time processing and analytics engine. Ramasamy, until recently an engineering manager at Twitter, told the audience at Qubole’s 2017 Data Platforms Conference how the company tackled this challenge.

Ramasam says that data has its highest value when it’s first produced. Certainly, in the realm of marketing, understanding and being proactive to shifts in consumer behavior requires real-time data analytics. Being proactive rather than reactive is the fine line that separates the successes and the failures in any industry.

To address Twitter’s real-time processing needs, Ramasamy and his team developed Heron, a “real time, distributed, and fault-tolerant-stream processing engine,” which has been in use since 2014.

Heron established a stable architecture for Twitter to achieve the following:

Building a culture of data

Ramasamay emphasized the importance of a data-driven culture for reaping the benefits of a well-engineered, real-time, data-oriented system. Though self-service is a key component of providing a method for internal users to access the data, a centralized data team is essential for implementing a self-service framework, he said.

Ramasamay echoed the stance of LinkedIn’s Shrikanth Shankar on having specialized sub-groups of the data team. For example, a dedicated ETL (extract, transform,and load) team or person could focus on ensuring the usability of data throughout an organization. If a company is at a point in its big data initiative where it has hired data scientists, the ETL team could create an interface specifically designed to meet the data-pulling requirements unique to the data science objectives (deriving actionable insight using statistical and machine learning models).

Depending on the size of the enterprise, data scientists can be assigned to each department, such as marketing, production, and so forth. This lessens the delay between ETL and analysis, as everyone will have a streamlined process between the gathering of raw data and determining its utility (since not all data is actionable).

For additional information on Heron use cases, or to read extensive details regarding Twitter’s transition to Heron for its real-time processing, visit the Heron documentation resources at Github.