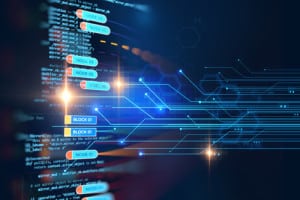 Hyperledger, the open source blockchain project, has released version 1.0 of its fabric framework. Rather than adding a bevy of new features, 1.0 focuses on better user interfaces and documentation, security, and a little ‘chaos testing.’

Open source projects have spurred rapid innovation in many fields, from operating systems (Unix/Linux), to artificial intelligence toolkits (TensorFlow, Caffe,  MLlib), to big data analytics (Apache Spark, Eliasticsearch, Apache Hadoop). Blockchain has proven to be no different. Dozens of companies across industries have come together under a few distinct organizations to collaborate on creating blockchain frameworks that can power new processes or types of businesses.

Now, Hyperledger, the collaborative industry effort backed by The Linux Foundation and with enterprises like IBM, Intel, Change Healthcare, and others, has announced that its Hyperledger Fabric blockchain framework has reached version 1.0.

What Hyperleger 1.0 means to you

In software terminology, version “1.0” is generally considered the first “complete” release of the software, in that it contains all the major features and is reliable enough for production environments. By reaching 1.0, the Hyperledger Foundation is essentially positing that its blockchain implementation — now complete with smart contracts that use “chaincode” — is now complete enough for enterprises to start using in earnest.

If you have been watching blockchain frameworks develop from afar, waiting patiently for more maturity and feature-richness, this is a notable signal of production-ready maturity. We can expect companies to start diving in and, at the very least, experimenting with Hyperledger now that the organizers behind it are showing newfound confidence.

Still, the Hyperledger team admits that the platform is not done. In a release, the group said, “There’s much that we want to do, including improve delivery of a Byzantine Fault Tolerant orderer capability, explore integration with other Hyperledger projects such as Sawtooth, Iroha, Indy and Burrow, … deliver proper installers for the various development platforms, and much, much more.” They also note the need to improve performance and scalability.

This new version of Hyperledger Fabric doesn’t come with a bevy of new features. Instead, the maintainers locked down adding new features two months ago so that they could place their focus on testing security, fixing bugs, and “reducing technical debt,” in addition to improving the cosmetics of user interfaces and building better documentation. By adding more tests into their development pipeline, they hope to add to the platform’s overall reliability.

One interesting note is that the hyperledger team wants to add “chaotic testing” to its continuous integration pipeline. This is a technique made popular by Netflix back in 2011 through the use of its “Chaos Monkey” tool, inspired by the idea of, unsurprisingly, “unleashing a wild monkey with a weapon in your data center (or cloud region) to randomly shoot down instances and chew through cables .”

In Netflix’s case, chaotic testing randomly shuts down their production servers to ensure that their infrastructure is fault-tolerant and can automatically work around any issues. Chaos Monkey is now its own tool to shut down virtual machines and containers in an infrastructure to help engineers build more resilient services.

[ Related: IoT and Blockchain: A ‘Gig Economy’ for Machines? ]

Just as with developing more proactive ways to product infrastructures from cybersecurity attacks, chaotic testing will ensure that Hyperledger Fabric can withstand any number of unique and unexpected edge cases that can, and will, arise in production environments.

The potential for ‘mature’ blockchains

Hyperledger has a few competitors in this open source blockchain space, notably Ethereum and Openchain. Even then, many companies with the technical and financial means to roll out blockchain implementations have been hesitant due to the general immaturity of these systems. There are still many challenges, such as weak governance and a lack of understanding into how to handle the infrastructure at scale.

BitCoin is currently dealing with one of those infrastructure issues right now — in an effort to improve performance, the cryptocurrency could actually “fork,” or split into two distinct versions, at the end of July. Clearly, businesses will be looking into how Hyperledger Fabric could avoid these kinds of situations altogether.

Most of the current implementations are focused on banking or other business functions that involve transactions of money or other products, such as global supply chains. Healthcare is following close behind, with many eager to bring medical records and IoT data together to decentralize healthcare interactions, and there is opportunity to improve the car-buying experience with blockchain as well.

Businesses will likely approach even version 1.0 of Hyperledger Fabric with a degree of hesitation, but anyone can now download the source code from GitHub or check out the wiki for details on getting started. Expect to see more experimentation and early implementations in the years to come, particularly among those who are interested in working with a collaborative, open source blockchain project.