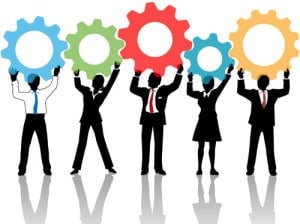 In-demand skills for the IoT include machine learning, data integration, and network connectivity.

Placing career bets in IT is something that we do as an ongoing effort.  My goal is always to lead, not follow.  While I hit some out of the park with that philosophy, there were times when I looked behind me and nobody had followed. Fortunately, I’ve racked up more wins than losses.

I often get asked what trends IT pros can follow.  They want to obtain the skill set ahead of the need, so when the skills become in demand, they can ask for top dollar.

IoT is hot, and I suspect it will become hotter in 2017 and 2018.  But, just having IoT on your CV won’t do much good.  You need to have specific skills related to IoT, and there are many to choose from.

IoT is a strange industry, in that everything from Wi-Fi antennas to advanced predictive analytics can be considered IoT.  So, the core question is: Where does one place career bets to cash in on the the next wave of skills demands?  I have three recommendations:

Machine learning.  Not a new concept, in that it’s related to traditional AI.  However, machine learning should become vital to many IoT installations.  A learning machine can leverage huge amounts of data that spin out of sensors, and react to the data in almost real time.  Dealing with this data will become a huge part of IoT.

Focusing on machine learning as a concept, and some technologies in specific, should be time well spent.  At a minimum, learn about the machine learning capabilities of both Google and AWS.

Data integration.  Also not new, but considering that IoT is about moving data from one place to another, data integration becomes an in-demand skill.   There are different types of data integration that all play a role in IoT.  Real time messaging is important.  Data moving from sensors to back-end data storage systems needs to rely on a data integration system that can keep up with the movement of data from the source to the target.

Data integration is all about batch migration of data as well, from a source operational database to a target database used for analytical purposes.  This requires knowledge of ETA (extract, translate, and load) tools and technologies.

Networking engineers.  IoT is about networking everything.  Those who understand wireless and wired networking technology will find many IoT jobs ads.

This is not just installing and configuring a hub, but understanding how data can be taken out of devices that may be linked via RFID, Bluetooth, or Wi-Fi.  Connectivity is almost never a Cat 5 cable, and new forms of connectivity must be created and managed.

Those are the three best bets for the future IoT job market, in my opinion.  Of course, this list will be changing all of the time.  Check back here for updates.

Why data integration is key for the IoT