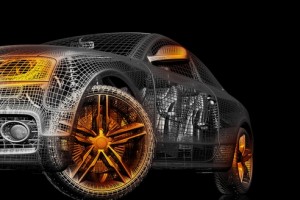 To sell Millennials on new cars, personalized digital experiences using artificial intelligence and blockchain are on the horizon.

According to a recent report on the automotive finance industry from the White Clarke Group, we’ve collectively entered what they call “Industry 4.0: Connected Intelligence.” It’s not only the pace of tech innovation that create a “connected intelligence” era, but also how rapidly young people—who will soon be the majority of the population and control a vast amount of purchasing power—are adopting new ideas.

The ways in which this new industrial era affects the automotive finance industry are complicated and multifaceted.

“We are experiencing an explosion of innovation, which has a profound impact on how we interact with each other, and how businesses build and maintain a relationship with their customers,” said Brendan Gleeson, Group CEO of White Clarke Group.

“To succeed in the new ecosystem, organizations must adapt fast—learning new skills, staying abreast of new technology, and developing new models for the delivery of finance to avoid the threat from disruptors.”

A brand-new customer base

Automotive finance companies, among others, need to contend with the fact that between Millennials and Generation Z (those born between 1996 and 2012), there has never been a time where more people are intimately familiar with technological innovations. These two groups will make up 60 percent of the world population by 2020.

On top of that, they’ll make up for $4.6 trillion in purchasing power in the U.S. alone. Older assumptions, such as the fact that Millennials and even younger people won’t want to own vehicles at all, are already being proved incorrect.

According to the report, the approach to giving each of these customers a satisfying digital car buying experience will depend on big data-generated individualized experiences and immediate feedback.

Artificial intelligence is changing everything

The White Clarke Group says that artificial intelligence (AI) is a core technology pushing us into Industry 4.0—we’re already familiar and comfortable with self-driving cars, voice recognition, chatbots, and virtual assistants. By 2020, approximately 50 percent of search queries and device requests will be done by voice. And the change that’s happening is moving 10 times faster, and with 3,000 times more impact, than the Industrial Revolution, according to consultancy firm McKinsey.

Of particular interest to automotive finance companies will be new AI-enabled credit scoring. In the past, that number was determined broadly by a small number of large signals. Now, companies can use 70,000 variables and multiple data models to reduce the rate of bad debt and defaults by 33 percent, according to Zest Finance. Machine learning is also being used to better detect fraud, which can play a large role in someone’s credit score as well.

The connected car is another piece of the puzzle—nowadays, vehicles are a “data source on wheels,” according to the report, and are capable of creating real commercial value. Weather service providers will pay for information from wipers about real-time weather conditions, and insurance companies will want to take in telematics to better create custom policies—according to the report, that’s worth about $5,500 a year right now. Who retains control over that data, and the profit, is going to be a difficult battle over the next few years.

Blockchain has the capacity to dramatically change the way car leasing works—particularly valuable if a vast majority of Generation Z wants to have their own vehicle. Right now, the process of leasing a car involves connecting the manufacturer, a dealer, the lender, leasing companies, the lessees themselves, and others.

The process is rather disparate—the relationship between the manufacturer and dealer creates one ledger, and between the lender and lessee another—but blockchain could centralize that information. This synchronized record would dramatically reduce errors, ensure security across the process, and offer a complete audit trail for everyone involved.

The industry needs to ready for disruption

The history books of various technology niches are filled with stories of companies that were once indestructible but don’t exist any more. According to White Clarke Group, the risk for existing automotive financing companies is that high. Google has owned a banking license since 2007, Amazon already gives loans to SMEs, and both are already familiar “faces” in car dashboards.

According to the report, the companies that successfully navigate the disruption will be able to provide personalized services (using AI) that are transparent and integrated. Even better if they’re smart and compliant. In the future, vehicle data could be so valuable that it could reduce or eliminate the list price of a car. Figuring out how to deal with this reality is critical, and the response can’t come fast enough.

Smartphones: the next tool in pay-how-you-drive insurance