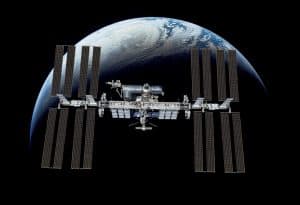 The updated version of CIMON aims to be as helpful as its predecessor while also attempting to understand the astronauts’ emotions through conversation.

The Crew Interactive Mobile Companion (CIMON) has returned to the International Space Station (ISS), with an updated operating system that includes emotional intelligence.

CIMON, a collaborative effort between IBM, Airbus and the German Aerospace Center (DLR), is designed to help astronauts on the ISS with all sorts of tasks, including retrieval of information and task management.

SEE ALSO: Why Companies and Workers Shouldn’t Be Afraid to Use AI in Robotics Efforts

The first version received a glowing review from the astronauts, according to Matthias Biniok, AI project manager at IBM: “The goal of mission one was really to commission CIMON and to really understand if he can actually work with the astronauts — if there are experiments that he can support. So that was very successful.”

The updated version of CIMON, sent on the SpaceX Dragon cargo capsule last week, aims to be as helpful while also attempting to understand the astronauts’ emotions through conversation. It’s not clear what effect a sad, angry or happy astronaut will have on the CIMON system, however it may provide useful data for NASA and other aerospace organizations going forward.

In the future, IBM believes CIMON could act as a countermeasure to ‘groupthink’, by providing neutral or contrarian opinions in a discussion. Groupthink refers to a psychological phenomenon where a group of people in close proximity to minimize conflict by agreeing to theories, without critical evaluation.

It has been deemed an important issue for astronauts, especially as NASA and other organizations begin to look at long space missions to the Moon and Mars.

However, for the majority of its time on the ISS, CIMON will be a know-it-all assistant, capable of pulling data in seconds and helping astronauts with mundane tasks. It will remain on the ISS for three years, much longer than the original.