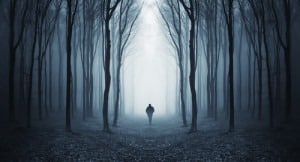 The new standard, IEEE 1934, relies on a reference architecture that best enables the data-intensive requirements of IoT, 5G, and AI applications.

OpenFog Reference Architecture for fog computing has been adopted as an official standard by the IEEE Standards Association (IEEE-SA).

The new standard, known as IEEE 1934, relies on the reference architecture as a universal technical framework that enables the data-intensive requirements of the Internet of Things (IoT), 5G and artificial intelligence (AI) applications. The OpenFog Consortium is a thriving ecosystem of organizations who share a collective vision that fog computing is a key enabler to IoT and other advanced concepts in the digital world.

“We now have an industry-backed and supported blueprint that will supercharge the development of new applications and business models made possible through fog computing,” said Helder Antunes, chairman of the OpenFog Consortium and senior director at Cisco.

Fog computing is a system-level horizontal architecture that distributes resources and services of computing, storage, control, and networking anywhere along the cloud-to-things continuum. It supports multiple industry verticals and application domains, enables services and applications to be distributed closer to the data-producing sources, and extends over network edges through the cloud and across multiple protocol layers.

The OpenFog Reference Architecture, released in February 2017, is based on eight core technical principles; termed pillars, which represent the key attributes that a system needs to encompass to be defined as “OpenFog.” They are security, scalability, openness, autonomy, RAS (reliability, availability, and serviceability), agility, hierarchy and programmability. The reference architecture, and now the IEEE standard, addresses the need for an interoperable end-to-end data connectivity solution along the cloud-to-things continuum.

“As a consortium, we developed the OpenFog Reference Architecture with the intention that it would serve as the framework for a standards development organization,” Antunes said. IEEE standards form the building blocks for product development by establishing consistent protocols that can be universally understood and adopted, fueling compatibility and interoperability, simplifying product development, and speeding time-to-market.

Massive amounts of data produced, transported, and analyzed within industries such as transportation, healthcare, manufacturing, and energy are exposing challenges in cloud-only operations that reside only at the edge of the network. Fog computing works in conjunction with the cloud and across siloed operations to effectively enable end-to-end IoT, 5G and AI scenarios.

The new fog standard and fog computing-related technologies will be featured at the upcoming Fog World Congress in San Francisco in October. For more information, visit fogcongress.com.