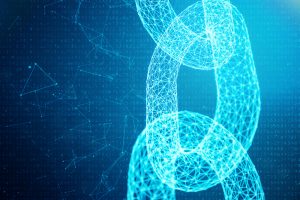 Blockchain solutions would create a more secure and efficient way for the government to operate while giving citizens more peace of mind that their data is secure.

Last year the world produced 2.5 quintillion data bytes daily, and as that number continues to grow, the need to find cutting edge ways to protect, secure, and verify this data has become paramount. During that year, cybercriminals committed one of the worst cyber-espionage incidents against the United States when it hacked thousands of organizations around the world, including branches of the U.S. government. Blockchain technology can help prevent these types of incursions into sensitive and vital data.

Governments need to reinvest in ways to better handle that data within their own networks and the data generated by its citizens. To do that, there needs to be a major investment in blockchain technology. Due to its decentralization, paired with cryptography, blockchain reduces redundancy, streamlines workflows, increases auditability, and ensures better security protocols for data integrity. Therefore, it’s a more efficient way for governments to reduce bureaucracy and regain the trust of its citizens during major events like elections and identification.

See also: The Decade of Blockchain: What That Means for Industry

Blockchain implementation in the private sector

The fact that blockchain has not already begun to make its way into the government remains a head-scratcher. The application of blockchain is already being discussed or implemented across other private industries. Policymakers and the blockchain community now look towards competition policy and antitrust experts to find a middle ground, avoiding scenarios where those in control of the blockchain partake in anti-competitive behavior.

Blockchain has already been successfully implemented in parts of the private sector that have a steady overlap with governments. This includes use cases that support the secure transfer of data between hospitals, doctors, and patients – where miscommunication around patient data costs the healthcare industry $11 billion a year. With blockchain, healthcare businesses can have all of the patient data encrypted and unhackable in a decentralized ecosystem. That information can be efficiently referenced by doctors, hospitals, pharmacists, and anyone else involved in treatment, thus speeding up the healthcare process from end to end.

Another implementation of blockchain in the private sector has been in supply chain management. Businesses can digitize physical goods and create an immutable record of all movements. That makes it possible for customers to see exactly where a product was sourced and its journey without any third parties manipulating the information.

Now, imagine those benefits reaching government work. The outdated and insecure ways that the government conducts its business could be replaced by a faster, more secure, and efficient system that benefits its citizens. This ranges from the way that governments handle identification, such as driver’s licenses, to applications for defense and implementation to secure elections. Day-to-day interactions with government agencies like the Department of Motor Vehicle, IRS, or healthcare services are notoriously bogged down by inefficiencies and lack of communication. As they’ve done in the medical industry and supply chain, blockchain solutions can help bridge the gaps that these agencies often have that prevent sufficient and timely services. These use cases add a needed layer of security for agencies that handle vital information that could have a dramatic impact on someone’s life if it was breached.

There are a variety of ways that the United States Department of Defense has already begun leveraging blockchain and exploring its uses, including ways to support data security for supply chains, traceability, and auditability. The U.S. military is one of the largest data producers in the world, so being able to secure their data pipelines is crucial to military readiness. In fact, SIMBA Chain partnered with the Department of Defense last year to utilize blockchain technology to secure sensitive research and development data.

Another possible application of blockchain technology to government projects is the election process. Midterm elections are quickly approaching, and blockchain solutions can help bring a modern and trusted approach to the voting process. The idea has already started to catch on, with testing actually taking place in Chandler, AZ – where they have begun working with Voatz to test mobile voting in a mock election. Voatz has also been tested in West Virginia, Colorado, and Oregon for similar purposes. The increase in attention on utilizing blockchain in voting comes after an attempt to hack Voatz during the 2018 midterm elections in West Virginia was easily detected and stopped immediately.

Looking internationally, Settlemint partnered with the University of Indonesia in 2019 to create a blockchain verification system for Indonesian elections that year. The system was able to verify 25 million ballots within hours of polling stations closing – much faster than the official results, which became publicly available weeks later.

Ultimately, blockchain solutions would create a more secure and efficient way for the government to operate while giving citizens more peace of mind that their data is secure. In the ideal scenario, there would not be any disruptive change in citizens’ day-to-day lives, and instead, the change would be much more passive. Personal data would be breached less often because the services that they use will be decentralized, making interactions with government agencies and services more streamlined.

Altif Brown is the Co-Founder and Global Community Architect of Constellation Network, the first blockchain company that is designed for Big Data.