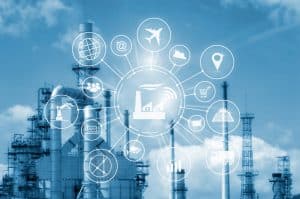 The promise of Industrial IoT, or more broadly, Industry 4.0, was to create “smart factories” — ones that leverage sensors on machinery and hardware to create an omniscient awareness in a factory or warehouse. The hope and belief is that this instrumentation tech will be able to create enormous data sets that AI can leverage to drive plant hyper-optimization.

Cool. Sounds great. Sign me up. I want that. We all do.

While IoT has been transformative in consumer applications such as Waze, Yelp, and Uber, its benefits have not materialized in widespread industrial applications. At least not in applications that are scalable, repeatable, and affordable.

So why haven’t we seen the same transformation in the industrial world yet? The short answer: deficiencies in integration.

See also: The Covid Crisis Has Dramatically Accelerated the Transition to Industry 4.0

Creating a smart factory requires several systems to operate in sync while utilizing the network, big data, and AI to make decisions. While most companies have some form of this technology, few have created a truly smart facility where they all seamlessly link up and operate as one. And even fewer have been able to replicate it across all facilities at a feasible cost.

When asked why this is the case, most companies will tell you that the difficulty is in getting different technology with fundamentally different data sets to work together. It takes a great deal of time and money to combine the disparate software and hardware solutions across a facility or supply chain. In other words, the problem is integration.

To understand why integration is critically important and why it’s a constant battle in forming a smart factory, consider the human body as an analogy. Much like a factory, every human has multiple systems running at once, performing separate functions that feed into the overall effectiveness of the body. There’s the circulatory system, endocrine system, and respiratory system, just to name a few. Each of these requires different “hardware” in the form of organs, muscles, veins, bones, neurons, etc. There’s a lot of input from the sensory systems and a great deal of output from the motor systems. Unless an injury or issue occurs, they tend to communicate well with one another because there’s a central CPU at the core, in the form of the brain and nervous system, acting as the organic intelligence managing the various inputs and outputs of the organization overall.

Now, imagine a body that is built ad-hoc, Frankenstein style. Legs from one manufacturer, arms from another. One kidney that’s used and one that’s new and built in a lab. Eyes that each may have significantly different visual acuity. You get the idea. Just as in most transplant cases, the biggest foreseeable challenge is making sure these systems are accepted by the brain and nervous system to effectively communicate with one another, linking the different functions together.

Not to make it sound gruesome, but smart factories do, in fact, need to Frankenstein together different technologies in this way. If each technology can’t link up and communicate with one other, relying on the same data sets and intelligent governing system, you’ll have a body where the legs have no idea what the eyes are seeing (so to speak) and can quickly go in the wrong direction. The factory, in essence, is not optimized.

Another aspect of this analogy is time. Presumably, a skilled surgeon could join together different physiological systems if given the time to research the proper methods and perform the arduous surgery. Likewise, machines, robotics, software, and other systems can usually be connected effectively given months and sometimes years of difficult work involving custom coding. That’s still integration, just at a pace that is too slow to keep up with the rapidly shifting demands of today’s supply chains.

The perils of a DIY approach

Many companies have tried to solve this issue by creating their own proprietary Industry 4.0 technology. The idea is that they will create the ability to do advanced optimization to bring new systems or automated solutions online quickly. The problem is that no one company has, or will ever have, the best or the complete set of technologies that ANY and ALL companies need. The number of permutations of need is literally infinite.

Some companies undertaking industrial IoT efforts are identifying one large technology partner to work with that has all the data within a single platform. The problem with this approach is that this doesn’t exist along every point of the value chain.

Most companies instead opt to select four or five different companies to handle the factory, warehouse, trucking, retail, and financial applications. However, this route results in “islands” that are interfaced using bespoke code. The islands can be optimized within each individual island, but they can and do create sub-optimal decision-making at the world view. One island can simply push cost and inefficiency to one or more of the other islands. AI can be used, but that just helps one island get a leg up on the others.

In relation to the body analogy, it’s easy to see how such islands create problems. If the primary limbs and systems of the human body do not achieve a high level of integration, part of the “body” can unintentionally act to the detriment of another part, at worst, or irrelevant to others, at best. Either way, they’re not able to optimize one another and act as a truly integrated and cohesive “smart” system and will stumble through the world rather than skillfully navigating it.

In the consumer realm, platforms like Android have broken down these island barriers. Android provides a development environment that is completely open but enforces standards to ensure that we use the same approach where it matters. Companies can create proprietary tech on this platform, provided they adhere to a common, open standard.

While Industry 4.0 is making progress, we have yet to reach the finish line. We will continue to see the introduction of products to address the diverse set of business needs for today and the future. What’s needed is an agnostic software platform that addresses the challenge of integration. Such a platform would need to be composed of configurable, pre-built integrations that would enable companies to connect any enterprise system to any robot for any task in a matter of days — if not quicker.

This type of thinking and innovation will play a critical role in the delivery of “smart factories” as we think of them as well as in the future of the Industry 4.0 revolution. A revolution that the industry will be closely watching.

A.K. Schultz is the co-founder and CEO for SVT Robotics. He leads the overall company vision and the product and go-to-market strategies for the software company that is revolutionizing robot deployments in warehousing and manufacturing industries. SVT’s SOFTBOT™ Platform enables companies to easily integrate their enterprise systems with any robot or automation, in a fraction of the time, empowering them to be highly competitive within the marketplace. His work has primarily been in the Fortune 500 corporate sector leading the design and implementation of high-profile automation projects across multiple industries. To date, he has overseen the successful deployment of over half a billion dollars in automation.