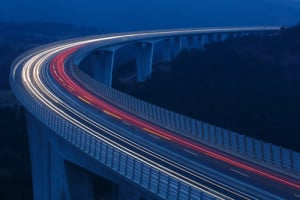 At the University of Michigan’s Mcity, the tech industry, government and academia are coming together to develop an ecosystem of connected and automated vehicles.

In less than a full century on the road, cars have evolved from a mechanical means of transportation to IoT-enabled devices on wheels. Connected cars are packed with sophisticated software for recording, monitoring, transmitting and receiving data. Capable of communicating with other “smart” devices both inside and outside the vehicle, they’re propelling the next wave of automotive innovation. Already a reality for some drivers, the connected car technological revolution is just getting started.

Connected cars on display at University of Michigan

If you buy a new car today, chances are that its basic technology features will include Bluetooth connectivity, the capability to gauge fuel efficiency and other on-board diagnostic tools. Auto manufacturers have always competed to bring more conveniences to drivers. Now, the IoT is making it even easier for drivers connect with their connected vehicles.

Companies like BMW, Google, Hortonworks, IBM and even Uber have entered the race to create connected cars that will transform the way we think about driving. Two years ago, BMW offered a sedan that could be parked remotely, allowing drivers to avoid the awkward scenario of trying to squeeze into a tight space.

At the University of Michigan, a 32-acre experiment called Mcity was created in 2015 to spur innovation in connected cars, particularly autonomous ones. Here, researchers from major corporations, tech firms and government can come together to test theories, see ideas come to life and talk about ways to enhance vehicle connectivity. 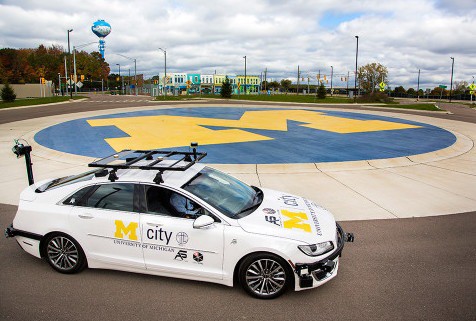 A specially equipped Lincoln MKZ, based at Mcity, is an open-source connected and automated research vehicle available to U-M faculty and students, startups and others to help accelerate innovation.(Photo courtesy of the University of Michigan.)

More than 65 industry leaders have joined Mcity in the two years since the program started. The program recently demonstrated the safety capabilities of connected, autonomous vehicles by stopping a Lincoln from plowing into an unsafe intersection and preventing a Kia from hitting a car around a blind spot. Both demos proved how far autonomous connected vehicles have come in a short time.

Analytics of the Future

The IoT and big data analytics have already enabled manufacturers to transform once thought of as run-of-the-mill household items into data-crunching machines. Connected products in cars can communicate with both physical hardware and software that’s running anywhere else. For automobiles, that means example like these:

Already, voice control has improved to the point that digital assistants provide a distraction-free interface for consumers. Steve Rabuchin, vice president of Amazon Alexa, said, “We believe voice is the future, and this is particularly true in cars.” In 2017 Ford partnered with Amazon, making it possible for drivers to engage with Alexa devices such as Amazon Echo and Amazon Tap while on the road.

The Push for More, Better, Faster – and Autonomous

If you think that full vehicular autonomy is still decades away, think again. This fall, the University of Michigan will launch a driverless shuttle service. Two 15-passenger electric shuttles will give students and faculty a lift between a two-mile stretch of road on one section of campus. Each shuttle features Light Detection and Ranging (LIDAR), GPS, on-board cameras and Wi-Fi, allowing the units to capture real-time data and send it back for analysis to the school’s researchers. 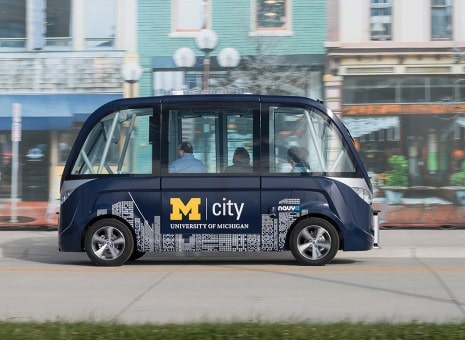 The driverless NAVYA Arma is an electric shuttle that can carry up to 15 passengers. It is available for research projects and is used to demonstrate driverless vehicle technology at Mcity. (Photo courtesy of the University of Michigan.)

Mcity researchers are not only studying the mechanics of autonomous vehicle transport but consumer psychology as well. Truly driverless cars sound a little too sci-fi for many passengers unless researchers like those at Mcity can demonstrate a vehicle’s sound safety record. As the technology evolves, security concerns shift as well. Going forward, automakers and software companies will need to brainstorm ways to keep passenger information safe while ensuring that the cars themselves boast robust safety mechanisms based on the data and analytics they’re able to gather.

From their mechanical roots cars have essentially become supercomputers with power steering that are evolving alongside other burgeoning IoT solutions and gain access to increasing amounts of meaningful consumer data.

More:
Some Different Reasons Why the Connected Car Should Excite You

Honda and SoftBank Team Up for New Connected Car Project

Emma Bailey is a freelance writer based in Chicago where she covers current in the home, finance, and technology verticals.