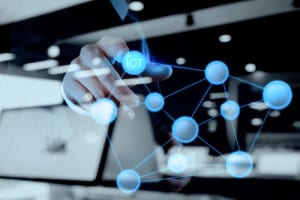 Where to perform analytics often depends on the business need and device capabilities. Dell and TDWI describe IoT architectures and use cases for edge analytics.

Historically analytics was performed at a central office, but recent IoT applications have moved some of that analysis to the cloud. Edge analytics usually involves performing the analysis either on the device itself or the gateway.

For IoT architectures, “What might happen is that you can have multiple sensors going through multiple gateways, which might send data to a cloud server where the analysis can happen,” said Fern Halper, director of TDWI Research for advanced analytics, during a recent webinar. “And that might be the case where there’s a lot of analytical heavy lifting to do.”

In edge analytics, however, the devices or the gateways can handle the analysis. Advantages in doing so include:

Reduction of network bottlenecks: Some data, for example video employed in smart city applications such as traffic management, is so large that it could congest the network. A network with a bandwidth of 100 Gbps, for example, can support uploads of 1080p streams from only 12,000 users at YouTube’s recommended upload rate of 8.5 Mbps, according to a recent article in Pervasive Computing. A million concurrent uploads would require 8.5 Tbytes per second.

Fast response times: Applications such as energy production from wind or solar power plants and monitoring of ill patients require response times of a minute or less. When that data is sent to a central location for analysis, it loses its value.

Data filtering: Allows analytics to be performed on actionable data; only necessary data is analyzed or sent on for further analysis.

“What happens is that the [analytic] model might be produced in the cloud and then instantiated in the edge device or the gateway,” said Halper. Where the analysis is done, however, depends on the business case and the efficacy of the edge device or gateway. Certain types of heavy analyses cannot be performed at the edge. And sometimes the edge device, such as a smart meter, is not capable enough to run analytics.

For instance, in the case of energy consumption, “usually smart meters on homes are not capable enough to run analytic models,” said John Thompson, GM of advanced analytics at Dell. Smart meter data could be sent to a gateway, which performs data filtering, and then sends data to a server running at a city or regional level.

“We don’t really need 10 million data points to say the smart lightbulb is on. We’re really just interested in the state change,” he said.

Thompson described an IoT architecture using Dell Statistica, but “there are other analytic products out there that have similar operational characteristics,” he said.

Statistica can export an analytic model anywhere on the IoT network in native languages such as Java, C, C++, SQL, and PMML:

In addition, Dell Boomi, a cloud integration platform, can take the model and integrate it with data from customer-relationship management systems such as Salesforce; data from a private cloud (for instance data from overseas operations); and data from devices. The platform can also take analytic models with attached IP addresses and Boomi delivers that model to the associated IP, which in the example above might include a natural gas plant, a John Deere tractor, or a Salesforce cloud.

Where does Dell’s new Edge Gateway 5000 fit in? The device is purposefully built for building and industrial automation.

“We’re thinking that predominantly the analytics are going to be running in those gateways,” Thompson said. “Now if you had environments such as windmills, or industrial environments, or cars that are capable of running models, you can certainly push models all the way out there.”

Thompson said that rather than thinking of the edge versus the center, he thinks of IoT architecture as “concentric circles in the network all the way back to the center.” Each layer could have their own analytic models appropriate for the layer.

Why Edge Computing Is Crucial for the IoT

Five Use Cases for Edge Computing