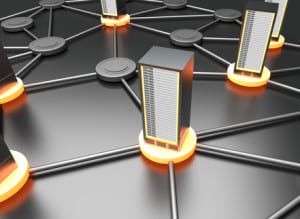 There’s a growing need to analyze fast data at the network’s edge. Use cases and approaches from a variety of IoT companies are discussed.

Gartner estimates that there will be 25 billion things connected to the Internet by 2020. These things come in various shapes and sizes—from smartphones to streetlights to cars, and all the way up to a $1 billion gas turbine.

The IoT is exploding because it is now relatively cheap to embed devices with smart sensors that can detect a variety of factors, such as temperature, vibration, sound, motion or location; or else read information embedded in bar codes, strips, and chips. The challenge, however, is how to process all the data and make sense of it.

One major challenge is that business have to overcome obstacles with network traffic: By the time data from hundreds of thousands of IoT devices is transmitted to a central location or the cloud for quick analysis—even if that takes only a few minutes—the data could lose its value. Response times of a minute or less are crucial for many applications, including power production from solar facilities, driverless cars, smart lighting, security cameras, as well as monitoring ill patients.

Enter IoT edge computing. The need for speed is so great that by 2018, some 40 percent of IoT-created data will be stored, processed, analyzed, and acted upon close to, or at the edge, of a network, according to a report by IDC Futurescape. Use cases include offshore oil rigs, parking spaces, smart lighting and parking — almost any application with remote devices or applications that require a lot of bandwidth. Consider, for example, real-time video. A recent article in Pervasive Computing pointed out that high-end metropolitan-area networks have only a bandwidth of 100 Gbps, which can support uploads of 1080p streams from only 12,000 users at YouTube’s recommended upload rate of 8.5 Mbps. A million concurrent uploads would require 8.5 Tbytes per second.

Edge computing of course requires hardware (routers, servers, gateways) as well as analytics software. No wonder then that Cisco, the “Internet of Everything” giant of hardware and software,  recently acquired ParStream, a company that specializes in analytics for real-time edge computing

ParStream software is used by Envision, a power generation company that manages a 13 GW fleet of wind and solar panels. By analyzing data at the edge of a network—and with response times of less than a second–the real-time output of wind turbines increased by 15 percent. The software also enables predictive maintenance for the turbines, a key application for the IoT, since it’s much easier to repair or service a part than replace it.

During a recent webinar, John Bates, CEO of Plat.One, a ParStream partner, walked through several use cases of IoT edge computing and analytics. Plat.One manages more than 200,000 devices, which collectively have more than 1 million sensors. The company’s “fog computing” platform publishes real-time sensor measurements from managed devices with the ParStream database, which powers analytics on a Datawatch Corp. analytics dashboard.

Use cases include smart lighting and parking in Germany, port and transportation management, and Vend.One, which is the largest vending management company in Italy and remotely manages 50,000 coffee machines.

Bates, author of the book Thingalytics, explained that the company’s IoT Solution Platform is composed of three key pieces:

Solution accelerators: Building blocks and libraries for a number of IoT applications, such as smart parking spaces, lamps, or cities, and which are much faster than custom development. The cornerstone of the system is the use of semantic data models to represent and visualize real-world edge devices, such as smart garbage cans or street lamps. “You can have a rule at the edge that says, when a vehicle comes along, turn the street lamp on,” Bates said. “So you might be saving power.”

Distributed Fog Intelligence: Allows business rules to be dynamically distributed across a device network and  supports edge analytics as well as machine protocols. According to Plat.One, an edge agent also allows monitoring and control of devices, including configuration, software updates, and lifecycle management.

For connecting edge devices, the Plat.One system also supports 28 different connectivity protocols and 60 different vendors. “We can talk to just about anything,” Bates said, stressing that the system allows plug-and-play applications. “The IoT is very complex and you need to future-proof it.”

A number of IoT and analytics companies — ARM, Cisco, Dell, Intel, and Microsoft — have launched a group called the OpenFog Consortium that is working on architectural approaches for fog computing, a term that encompasses performing analytics anywhere from edge devices to the cloud and beyond.

Under a reference model for real-time operations, an edge device may perform analytics that are crucial to protection and control systems, and which require machine-to-machine response times of sub-seconds. Visual analytics and processes may take a few seconds, and the cloud would update rules and patterns.

Another company, Predixion, has engineered an approach that involves embedding visual edge analytics on devices such as smartphones and gateways.

Why the fascination with the edge?

In a March 2015 survey of 203 IoT professionals conducted by Dimensional Research for ParStream, participants said the chief technological challenge for the IoT was timely collection, processing, and analysis of data.

Thirty-six percent of respondents said it was difficult to capture useful data, and 44 percent said there was simply too much data to capture effectively. “There used to be a day, many years ago, where the word ‘terabyte’ meant something,” said Syed Hoda, chief marketing officer for ParStream, during a recent webinar. “We’re well beyond that now. Terabytes of data are just a start in some of these use cases.”

Ninety-two percent of survey respondents, meanwhile, said they couldn’t capture data fast enough. Whether data is real-time or not often depends on the use case—for wind turbines, that might be a few seconds, said Hoda.

Respondents also had trouble with software, and reported that the analysis capabilities were not flexible enough to support queries the companies wanted to ask. Some IoT professionals said their company was unsure of how to interrogate all the data. That leads to the rise of data scientists, a role that is becoming prevalent at senior levels in companies, Hoda said.