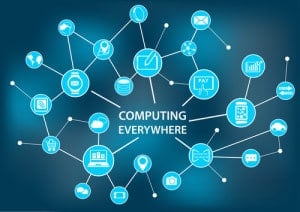 A growing number of vendors are concentrating on edge analytics in IoT applications and striking partnerships to do so.

Cisco and IBM, for instance, recently announced that Watson IoT would be combined with Cisco’s edge analytics capabilities. There’s also a group called the OpenFog Consortium comprised of heavy-hitters such as Cisco and Dell, and the group is working on a reference architecture for analyzing data at the network’s edge.

At their core, what all of these partnerships have in common in the use of edge hardware with analytic capabilities.

HP’s approach at the edge

New products being introduced as part of the strategy include the HPE Edgeline 1000 and Edgeline 4000 servers for the IoT. The systems will enable customers to collect data at the edge and perform real-time analytics using the HPE Vertica Analytics Platform.

HP explained that many industries need to collect data from remote areas and using the cloud doesn’t always make sense. Instead, bringing real-time analytics and machine learning to the edge is more cost-effective and efficient.

“Organizations that take advantage of the vast amount of data and run deep analytics at the edge can become digital disrupters within their industries,” said Dr. Tom Bradicich of HP Enterprise.  “HPE has built machine learning and real time analytics into its IoT platforms, and provides services that help customers understand how data can best be leveraged, enabling them to optimize maintenance management, improve operations efficiency and ultimately, drive significant cost savings.”

HPE said that integration among Aruba ClearPass, the Edgeline system, and its Virtual Intranet Access VPN client will strength IoT device security at the network edge. ClearPass can be integrated with existing infrastructures, profile new IoT devices, exchange and enforce polices, and allows for automation and scaling.

Hewlett Packard said it will focus its strategy on the industrial IoT, including the aerospace, automotive, manufacturing, energy, and oil and gas verticals.

Vertica analytics with Spark and Kafka

HPE Vertica is integrated with Apache Kafka, a distributed messaging system for data streaming, as well as Hadoop and Spark.

“In addition, as a Spark developer, you can use this connector to access Vertica data efficiently as RDDs or DataFrames in Python, R, Scala, and Java,” said Jeff Healey, director of product marketing for Vertica. “This connector efficiently pushes down column selection and predicate filtering to Vertica before loading the data to Spark DataFrame.”

Healey added that many relational databases have practical limits when the number of rows is expressed in six digits.

“What do you do if the number of rows that you want to use for your dashboard jumps into the nine digit (10^9) or even twelve digit (10^12) range?” he said. “We think that HPE Vertica Analytics Platform is uniquely suited for handling analytics for massive amounts of data.”

HPE also announced the launch of four IoT Innovations Labs to help customers see how the IoT can be applied to their industry. Customers can build and test applications, collaborate on solutions development, and access technical expertise. The labs are located in the U.S., France, India and Singapore.