Home / Blogs / Real-Time Revolution / IoT Projects: Who Pays For All That Stuff? 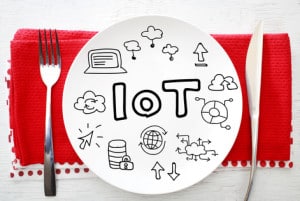 IoT projects can cost a bundle. Who pays for the infrastructure and software?

However, before reaping such bounties, enterprises face another, more micro conundrum – who pays for what? A marketing organization that benefits pulling data from devices may need to pony up for maintenance and occasional replacement of said devices, for example.  Who signs the check isn’t so clear.

Bob O’Donnell, founder and chief analyst of Technalysis Research LLC, tackled the question of IoT funding in a recent post, asking who in the organization will pay for all these devices and the networks that support them. “Who pays?” he asks. “You can’t just assume that IT will be paying for all the new sensors, gateways, networking equipment, analytics hardware and software.” 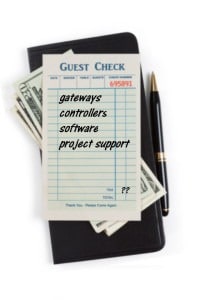 In surveys of IT economics I have helped design and publish over the years, we sought to follow the money when it came to funding online services and cloud. The answers we came up with were always murky, with funding for such services coming out of general corporate budgets, or from the hides of IT departments. Interestingly, the parts of enterprises that stood to benefit most from projects – again, I’ll pick on marketing – tended not to have these services as line items in their budgets. There was a lot of cross-subsidization taking place.

This may be the funding arrangement emerging with IoT networks as well, but since a good chunk of IoT is outside the walls of the enterprise, the costs of implementation and maintenance may be higher, especially if third-party firms are relied on.

In fact, IT may not even be directly involved in IoT at all, O’Donnell points out.

“Not all business IoT projects are being run by IT — in fact, the majority (two-thirds) of them are not. So you can’t just assume that IT will be paying for all the new sensors, gateways, networking equipment, analytics hardware and software — as well as any consultative help provided by VARs or other specialists to get it all up and running. In many organizations, operations specialists, manufacturing, business strategy or even sales and marketing might end up being stuck with the check.”

O’Donnell also points out that while IoT’s value look great on paper, it’s going to take time for organizations to realize enough business value to justify what are often expensive up-front investments.

So who needs to foot the bill up front, before the payback begins trickling in?  O’Donnell says this is something that is going to have to be worked through.

As with online services and cloud, it may be necessary to pull funding out of general corporate budgets, since benefits will be shared across enterprises. For many of the early pilots and implementations, it’s likely that such projects will fall under the purview of IT, which has the expertise and resources to tackle implementations on an end-to-end basis.

A great deal of IoT will be expressed through sensors and applications embedded within product lines, providing valuable information on usage and quality issues, so R&D, product development or engineering may need to have a financial stake in the effort.

In the long run, however, funding is a question that needs to be clarified as organizations rely on IoT to maintain real-time connectivity to customers and products.