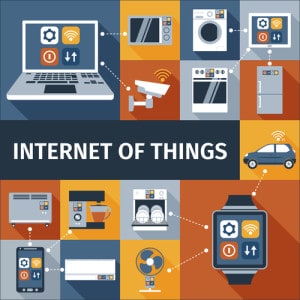 The McKinsey Global Institute estimates that the Internet of Things (IoT) will add between $4 trillion and $11 trillion to the global economy by 2025. That’s a lot of money on the table. But for businesses, realizing some of the proceeds—either in additional revenues or cost savings—is going to take a bit of legwork as RTInsights Industry Insights Editor Joe McKendrick explains.

In a June 2015 report entitled, “Unlocking the Potential of the Internet of Things,” the McKinsey Global Institute analyzed more than 150 use cases. The use cases ranged from people whose devices monitor health and wellness, to manufacturers that employ sensors to optimize the maintenance of equipment and protect the safety of workers. The biggest winner in the IoT revolution will be manufacturers, the report’s authors (a team of McKinsey analysts led by James Manyika) predict.

Connected factories—leveraging IoT tools to improve operations as well as employing predictive maintenance of internal machines and products—will likely see an additional $1 trillion to $4 trillion over the next decade as a result. The second leading category is cities which will see a value of $1 trillion to $2 trillion as a result of enhanced public safety, traffic control and resource management. Health-related applications such as wearable monitoring equipment will add an additional $200 billion to $1.6 trillion to the economy.

These are big numbers but it’s going to take some significant realignment of systems and data to reach the point at which IoT is delivering such value. Manyika and his team drilled down and provided some perspective on where and how these numbers will deliver.

The Need for Interoperability Between IoT Systems

The first order of business in reaching IoT’s maximum potential is addressing the need for interoperability between IoT systems. Standards, or the lack thereof, may hold up IoT’s progress, especially since every vendor and manufacturer is pursuing its own approach to real-time communication and data transfer between devices.

Without substantial progress toward interoperability, the original $11 trillion estimate of IoT’s value will shrink to $7 trillion, according to the authors of the McKinsey report. Multiple IoT systems need to work together. “We estimate that situations in which two or more IoT systems must work together can account for about 40 percent of the total value that can be unlocked by the Internet of Things,” the report states.

The challenge—and potential for economic gain—is seen in the complexity and interconnectedness of worksite equipment. “For example, there can be 30,000 sensors on an offshore oil rig,” Manyika and his co-authors state in the report. “Much of the data collected by these sensors today is used to monitor discrete machines or systems.

“Individual equipment manufacturers collect performance data from their own machines and the data can be used to schedule maintenance. Interoperability would significantly improve performance by combining sensor data from different machines and systems to provide decision makers with an integrated view of performance across an entire factory or oil rig.”

The IoT is Generating Even Bigger Data

Along with the challenge of interoperability, there’s the matter of the Big Data that the IoT is generating—making it even bigger data. The problem is, most of this data flies through enterprise systems and is stored away, unused. IoT data needs to be made actionable, Manyika and his team point out. “Currently, most IoT data are not used,” the report states. “For example, on an oil rig that has 30,000 sensors, only one percent of the data are (sic) examined. That’s because this information is used mostly to detect and control anomalies—not for optimization and prediction, which provide the greatest value.”

The same applies to data from manufacturing automation systems on factory floors, which also tend to only be used for real-time control or anomaly detection. While an increasing number of machines are “wired,” this instrumentation “is used primarily to control the tools or to send alarms when it detects something out of tolerance,” the McKinsey report states. “The data from these tools are often not analyzed or even collected in a place where they could be analyzed, even though the data could be used to optimize processes and head off disruptions.”

Manyika and his co-authors explain that a convergence of issues—organizational, technical and commercial barriers—need to be overcome to achieve the potential promised by the IoT. Along with a greater need for standardization, technical issues stem from limitations ion data transmission and storage. “Many IoT applications are deployed on remote or mobile equipment,” the report states. “Real-time transfer of all the data being generated by the sensors on aircraft engines would require more bandwidth than is currently deployed. If data can be collected and stored, the next obstacle is aggregating it in a format that can be used for analysis.”