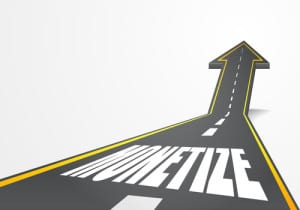 Recently, Samsung Electronics Co. announced ARTIK, a new service intended to help monetize the data that’s created and shared by IoT devices. If implemented correctly, and with the right supporting ecosystems, IoT monetization could create entirely new economies, and has the potential to dramatically change how device manufacturers create and market their products. In turn, the devices driven by monetized data will be implemented in entirely different ways by consumers and businesses alike.

Dilip Sarangan, global research director, IoT & digital transformation at Frost & Sullivan, says, “The problem with IoT is that many hardware companies are selling products without a clear view on sustainable business models. There’s a lot of pressure now to monetize data.”

The keys for IoT monetization

In the effort to make IoT devices as feature-rich as possible, device manufacturers are seeing their hardware costs rise, and supporting apps and ecosystems doesn’t come cheap, either. With IoT monetization, the device manufacturers might be able to offset some of the initial production costs, and the post-sale support costs, in unique ways. Ideally, that offset would allow manufacturers to cram more technology into their devices at similar costs, or lower costs entirely.

One popular consumer IoT devices are connected light bulbs, which allow you to change color temperature, turn them on/off, and more via smartphone apps. The manufacturers of these devices want to make them as feature-rich as possible, and pack in as much technology, but very few consumers are willing to pay $100 for a single IoT enabled light bulb, no matter how many features it has

The product is already expensive to make, but after its sold, the manufacturer must support development of the smartphone app, the ecosystem that makes all the various parts, and pay to store any data collected. That’s an expensive prospect, and manufacturers have to either absorb those costs or increase their retail prices to accommodate them.

The monetized IoT ecosystem could change that. Samsung says, “For the first time, device manufacturers and service providers can tap into an open ecosystem and create service plans that generate revenue directly from the interactions of devices and services.”

HaaS has existed for a while, but could reach new heights with IoT monetization. At its core, HaaS is an agreement where hardware is leased from a provider rather than purchased. Cloud computing — where a company rents computing power and disk space from Amazon Web Services, for example — is one of the more popular HaaS models. Traditionally HaaS has referred to situations where a company rents remote hardware from a provider, but a monetized IoT network could turn that relationship around.

If a device manufacturer can monetize the data collected by their IoT devices, or monetize the ecosystem that supports it, it might be able to offer customers cheaper, or even free, products. For example, it’s estimated that the telematics data collected by the newest vehicles is currently worth roughly $5,500 a year. That equates to $458 a month, which could significantly reduce, or even eliminated the leasing and financing costs of vehicles. If there was a solid ecosystem for companies to sell data, they could essentially “give away” vehicles to consumers in exchange for only the data.

Samsung also announced the release of a new IoT-enabled light switch, built by Legrand, that operates on the ARTIK network. This product won’t be free, but it’s not difficult to imagine a future in which Legrand can leverage ARTIK’s ecosystem to the point where the IoT data is worth more than the sale price of the switch itself.

[ Related: IoT Puts Emphasis Back on Hardware and Form Factors ]

Simply put, this is not only a reversal of the traditional HaaS relationship, but one that eliminates costs altogether. Even then, it’s a long way off, but forward-thinking device manufacturers can and should be considering the possibilities.

With platforms such as ARTIK, companies could immediately begin to pursue different business models that make sense for their product and application. Whether it’s smart light bulbs or air quality monitoring devices for oil and gas companies, it seems that Samsung is sparking yet another conversation around how companies can make the best of these tiny connected devices. With an estimated 75 billion devices going online by 2025, up from a mere 17 billion today, the faster these questions are answered, the better.