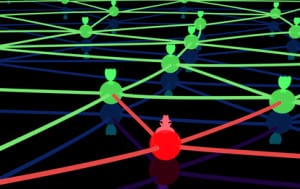 The World Economic Forum’s “Global Risks Report 2017” says tech firms must take responsibility for the disruption caused by their innovations.

A new report by the World Economic Forum lists IoT hacking and weaponized AI among what they say will be the top security threats in 2017. The Global Risks Report 2017 surveyed business executives in the US, Germany, Japan, Switzerland, Australia, Singapore, Malaysia, UEA and other countries across the globe. Those executives cited cyberattacks as the biggest risk facing their businesses.

The report pointed out the risks involved with letting decision-making be taken over by AI applications and said both AI and robotics can be serious risks without proper regulation and governance. The WEF said respondents agreed that AI and biotechnologies perhaps need a new regulatory body to oversee them.

“When you think about new technologies like AI and the Internet of Things, they’re creating a broader attack surface for cyberattacks for those who want to steal data, disrupt business, attack industrial controls,” John Drzik, president of global risk & specialties at Marsh, wrote in an article to accompany the report. “Meanwhile, the future weaponization of AI and robotics by rogue states or terrorists and the scope for hacking global satellite systems are also firmly on the radar of security specialists.”

The report went on to discuss the global risks of the Fourth Industrial Revolution, which includes the IoT, AI and biotechnologies, calling it a challenge for governance. It said balance may be difficult to find, and regulations that are too heavy-handed could stifle progress while lax regulations could result in more risks like the IoT-fueled DDoS attacks that happened last year.

Businesses need to take responsibility for the disruptions their innovations may cause, the report stated. It cited mass unemployment due to jobs being taken over by machines as an example, as well as the growing dependence on networks of machines increasing the risks of system failures from cyberattacks, software bugs and other causes. Businesses need to be prepared for the cascading effect such outages can cause, the report advised.