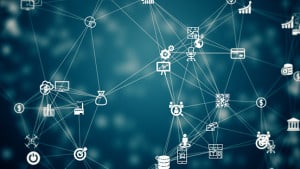 Hardware will be the largest IoT spending category until 2020, when it is overtaken by services. But IoT success is seen in the ways software and hardware can be brought together.

For years – no, make that decades – the technology industry has been running away from hardware as fast as it could, looking to software as the ultimate high-margin business model. IBM almost sank in the early 1990s under the weight of its hardware inventory (especially mainframes), while Microsoft made a colossal fortune with its software-only business approach. Microsoft’s strategy at the time was to let others deal with the low, hard-earned margins of hardware production and maintenance.

The software-driven-everything model worked well for its proponents – until recently. With the rise of the Internet of Things, hardware – and physical form factors designed for computing – is key again.

Research firm IDC recently highlighted the important role of hardware in IoT configurations in a new report, which explores the elements fueling the exploding IoT market. Overall, the analyst estimate, worldwide spending on the Internet of Things (IoT) to grow 16.7% year over year in 2017, reaching just over $800 billion. By 2021, global IoT spending is expected to total nearly $1.4 trillion as organizations continue to invest in the hardware, software, services, and connectivity that enable the IoT.

“From a technology perspective, hardware will be the largest spending category until the last year of the forecast when it will be overtaken by the faster growing services category,” IDC analysts point out. “Hardware spending will be dominated by modules and sensors that connect end points to networks, while software spending will be similarly dominated by applications software. Services spending will be about evenly split between ongoing and content services and IT and installation services.”

Software still has all the sizzle, as the IDC report also notes that the fastest growing areas of technology spending are in the software category, where horizontal software and analytics software will have five-year compounded annual growth rates of 29% and 21%, respectively.

Still, the success of IoT is seen in the ways software and hardware can be brought together to deliver real-time insights across a wide variety of business processes.

A striking example of the new types of computing hardware now occupying the IoT space is cars. I recently had the opportunity to talk with Vishal Sikka, CEO of Infosys, who said today’s automobiles rolling off assembly lines are essentially “computers shaped like cars.”

Driving this point home (pun intended), IBM just announced it is working with BMW on a project called CarData, an open data platform which will enable up to 8.5 million BMW customers globally to make use of third-party services, such as insurance companies and automotive repair shops.  BMW CarData gives BMW ConnectedDrive customers the ability to share telematics data from their BMW vehicles with third parties of their choice. Artificial intelligence also is becoming part of today’s automotive scene. Vehicle data will be enhanced by IBM Watson IoT for cognitive and data analytics. IBM also says it will act as a neutral server for extended vehicle access. This allows for the gathering of data from BMW vehicles but also vehicles from additional automotive manufacturers.

BMW is not alone, of course. IDC reports the industries making the largest IoT investments this year are manufacturing ($183 billion), transportation ($85 billion), and utilities ($66 billion). Cross-Industry IoT investments, such as connected vehicles and smart buildings, will be $86 billion in 2017 and rank among the top segments throughout the five-year forecast. Consumer IoT purchases will be the fourth largest market segment in 2017 at $62 billion, but will grow to become the third largest segment in 2021.

The takeaway from all this is that with the emerging real-time Internet of Things, everything becomes a computer, a user interface to the analytics resources of the world.