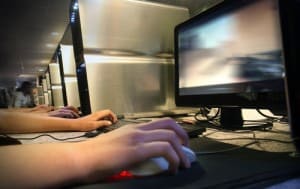 Keywords purchased Yokozuna from Silicon Studio Corporation to build out its gaming and consumer analytics offering.

Yokozuna brings a team of machine learning and big data engineers and data scientists. The team develops self-learning predictive analytics models that use AI and machine learning to generate user behavior insights and adapt to changes made within a game.

See also: The value of data anomalies. from dollhouses to gaming

The agreement stipulates that Silicon Studio Corporation will work with Keywords to help them introduce the technology to Japanese game developers and publishers. Silicon has also retained the non-exclusive right to resell Yokozuna Data technology to non-gaming markets.

Andrew Day, chief executive of Keywords Studios, says: “We have been looking for opportunities to establish a foothold in the exciting area of video game analytics for a few years. This acquisition brings industry-leading technology and capabilities to Keywords that we believe we can support, enhance and roll out to our clients thanks to the engineering, player research, and video game specific data science skills we have within the business. While YD is pre-revenue, it is a rare asset and we expect the first clients to start implementing the software during 2018.”

“Keywords is going more into the engineering and analytics space, as it increases its service offering for game development,” says Davy analyst Joseph Quinn. “In the last few years it has been making 10-plus acquisitions a year, yesterday’s deal is among the smaller of them.”