Home / News / Manufacturers Will Have Fully Connected Factories by 2022

Majority of manufacturers will embrace Industrial Internet of Things (IIoT) to improve quality and operational visibility. 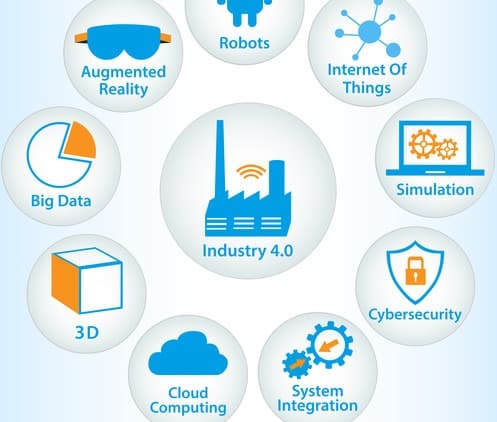 Zebra Technologies Corporation, a provider of mobile technology and services for real-time enterprise visibility, revealed the results of its 2017 Manufacturing Vision Study, which analyzed trends in industrial manufacturing. Among the key insights revealed by the study is that 64 percent of manufacturers are adopting the IIoT to enhance visibility and improve quality.

The study polled over 1,000 decision makers in North and Latin America, Europe and Asia Pacific. They all authorize or influence the purchase of manufacturing technologies and represent a wide range of industry verticals including food and beverage, pharmaceuticals, automotive and high tech.

Connected factories are not optional

The study found that a connected plant floor is now a necessity, thanks to customer demand for more options and higher quality, globalization, and increased competition.

“Manufacturers are entering a new era in which producing high-quality products is paramount to retaining and acquiring customers as well as capturing significant cost savings that impact the bottom line.  The results of Zebra’s 2017 Manufacturing Vision Study prove that IIoT has crossed the chasm, and savvy manufacturers are investing aggressively in technologies that will create a smarter, more connected plant floor to achieve greater operational visibility and enhance quality,” said Jeff Schmitz, senior vice president and CMO, Zebra.

[ Related: How Airbus Uses Smart Tools for ‘Factory of the Future’ ]

According to the company’s announcement, other key findings include the following:

Manufacturing as a service

The study also revealed that on-demand, cloud, and software as a service (SaaS) services for Manufacturing Execution Systems (MES) are experiencing rapid growth. Fifty-eight percent of North American respondents said they expect to be using these services by 2022.

Finally, the study found that companies are becoming less and less interested in keeping inventory on-hand and are depending more on on-demand goods from suppliers By 2022, Just-in time shipments will have the highest use in Latin America (42 percent) and Asia Pacific (40 percent).