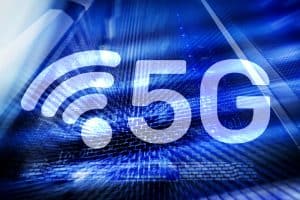 Microsoft is focusing on IoT and AI workloads, which are two technologies set to benefit enormously from 5G’s high-bandwidth and low-latency.

The launch of Azure Edge Zones, one week after Google announced its Mobile Edge Cloud, marks the start of cloud providers extending their services to 5G and edge applications.

The 5G rollout has already begun in parts of the world, although hampered by the U.S. commercial ban on Huawei products, and developers are eager to test applications on the faster networking standard.

Microsoft said it will be launching Azure Edge Zones in 10 cities this year, starting in New York, Miami and Los Angeles. Azure users will also be able to tap into international carriers, including AT&T, Rogers, SK Telecom, Telstra and Vodafone.

For businesses with their own LTE or 5G networks, Microsoft is also launching Private Edge Zones, for those using Azure Stack Edge.

“For the last few decades, carriers and operators have pioneered how we connect with each other, laying the foundation for telephony and cellular,” said Microsoft in a press release. “With cloud and 5G, there are new possibilities by combining cloud services, like compute and AI with high bandwidth and ultra-low latency. Microsoft is partnering with them to bring 5G to life in immersive applications built by organization and developers.”

As said in the quote above, Microsoft will be focused on IoT and AI workloads, which are two technologies set to benefit enormously from 5G’s high-bandwidth and low-latency.

There are plenty of emerging technologies that 5G could push forward, like multiplayer gaming, augmented reality, and self-driving vehicles. However, with the limited amount of edge locations currently, it may be a while before they come online.