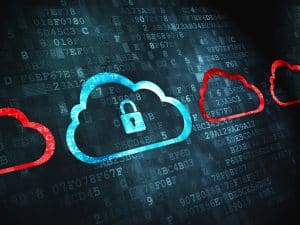 Kubernetes security is supported by some built-in core features, but it must be complemented to fill in gaps that can emerge from a variety of risks.

As organizations make greater use of containers, they must consider Kubernetes security. How secure is Kubernetes? That’s a simple question with no simple answer.

In some respects, Kubernetes is very secure. It offers a variety of built-in security tools, and it integrates easily with third-party security platforms.

Yet on its own, Kubernetes suffers from some significant security risks. There are major gaps within the native security functionality that Kubernetes provides out of the box.

Securing Kubernetes, then, requires understanding which types of security features Kubernetes provides natively and which functionality you need to build in yourself.

Together, these tools provide a basic foundation for managing security in Kubernetes and preventing certain types of breaches.

You can and should use pod security policies, RBAC policies, network policies, and etcd to help secure Kubernetes clusters.

On their own, however, these tools are hardly sufficient for protection against all types of risks. They do little or nothing to mitigate the following types of threats:

Securing Kubernetes, then, requires admins to take extra steps to address the security gaps described above. There are two main ways to go about that.

The first is to define and enforce best practices in the way you manage clusters and workflows. Practices such as storing secrets data inside a container image or trusting applications to encrypt sensitive data on their own, should be avoided, for example. Requiring kernel-hardening frameworks on Kubernetes nodes and locking down access to nodes at the operating-system level should be embraced.

The second is to leverage external tools that help plug Kubernetes security gaps. Container images scanners will check containers for malware, and they can be integrated into your CI/CD pipeline so that containers are scanned automatically as part of the deployment process. Anomaly detection tools can monitor a Kubernetes cluster for patterns that may indicate a breach or attempted breach.

In this respect, at least, Kubernetes security is likely to become easier to address over time. But no number of integrations will totally plug all of the gaps. As a Kubernetes admin, it’s your job to be aware of the security vulnerabilities that your software stack isn’t addressing and take steps to make sure you mitigate them.