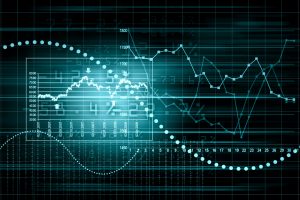 ISO has agreed to initiate the Graph Query Language (GQL) language project. It’s the first new query language blessed by ISO since they blessed the original SQL standard more than 30 years ago.

My aunt Marilyn Bohl was a pioneer throughout her career in technology. She was the first Product Manager for Database 2 (known today as DB2) at IBM. Later on, she served as Vice President of Ingres Corporation, one of the early and more innovative relational databases. She started sharing stories from her career with me as a teenager that I’ve come to understand and appreciate more as I’ve pursued my own career in and around data management and databases.

While everyone knows of Structured Query Language (SQL) as the lingua franca of relational databases today, this wasn’t always the case. In fact, in the early days of relational databases, there was a competing query language standard known as QUEL. Originally developed by database mastermind Michael Stonebraker, QUEL was another way to express relational queries that many felt had some technical advantages over SQL.

What I learned from Marilyn years ago was that eventually, SQL won out as the International Organization for Standardization (ISO) blessed, more popular alternative. She explained how market convergence around the SQL standard was a catalyst in the explosion in the popularity of SQL databases throughout the ’80s and ’90s. My, how far we’ve come.

The Time Is Now for Graph Databases

The graph database market has reached critical mass and maturity. Multiple vendors now offer various flavors of graph or graph-like solutions, and graph databases have experienced significant commercial adoption in leading companies around the globe. The simple fact that Gartner highlighted graphs as a key technology trend for 2019 is proof the industry has passed enough milestones to be considered mainstream. What’s more, the growth in popularity of graph databases as tracked by db-engines.com shows that users agree.

To date, standards have been scarce in the graph space. openCypher, Apache TinkerPop, and Gremlin have represented the closest examples of multi-vendor standards for querying graphs. And while de facto standards are useful, they still don’t give users, buyers, practitioners, or vendors the full confidence that comes from a durable, vendor-independent de jure standard.

An Historic Moment in the Database Market

On Tuesday, September 17, 2019, the ISO agreed to initiate the Graph Query Language (GQL) language project, based on a proposal developed through years of work by organizations including Oracle, SAP, Cambridge Semantics, Redis, and others.

Make no mistake: This is a very big deal, not just for graph databases but for the database market overall. It’s the first new query language blessed by ISO since they blessed the original SQL standard more than 30 years ago.

If you’ve ever deployed a graph database or are thinking about it, this is great news for you. While actual definition and adoption of the GQL standard will play out over the coming years, it provides a number of benefits for buyers:

Beyond the obvious fact that a faster-growing graph database market benefits vendors, there are important secondary benefits that come from language standardization – the biggest being innovation.

Rather than having a dozen vendors attempting to make small innovations in their own query languages, vendors can adopt a standard language and focus R&D efforts on differentiation that ultimately delivers more value for each individual vendor’s customers.

Towards a Standards-Based Future

Creating a query language standard won’t happen overnight. While the primary ingredients of the standard are known, the standard itself still has to be developed and then implemented by vendors.

In the meantime, if you want to get skilled up on graph languages, check out openCypher as you’ll learn concepts and likely even some syntax that you’ll see down the road as part of the GQL standard.