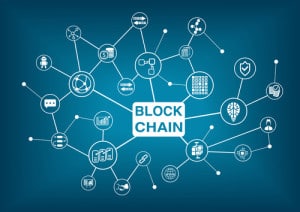 NetObjex Inc. announced it has demonstrated it’s new IoT and blockchain based Smart Media solution at the recent CII BigPicture Summit in Delhi, India. It is designed to assist with royalty attribution and digital rights monitoring using distributed ledger technology. The company said the new Smart Media offering is based on their IoT-Blockchain platform. The demonstration showed how content consumed via both the web and set-top boxes could be tracked in real-time using IoT and blockchain.

Blockchain is used to connect trust boundaries within ecosystems, the company says, and the media and entertainment ecosystem includes multiple players including producers, studios, artists, agents, distribution companies and more, all which are involved in the value chain.

“The media industry lacks transparency among the ecosystem participants resulting in inefficiencies and uncertainty in the value chain.  It is our belief that better technology could help improve processes and benefit the industry as a whole,” said Raghu Bala, CEO of NetObjex.

“Traditionally, the media and entertainment sector has encountered problems in metrics such as subscriber counts, and proof of play numbers when it came to issues related to digital rights, piracy, and royalty attribution,” he added. “With IoT and Blockchain, several of these problems can now be tackled head-on with real-time insights and greater transparency.”

The demonstration at the C11 BigPicture Summit used web video players and set-top boxes outfitted with IoT aware firmware and agents that communicated with the NetObjex platform and used blockchain to display royalty attribution analytics in real time.

“This solution creates a fair and level playing field for all ecosystem participants in the Media Industry, and this digital transformation can take place now,” added Mr. Bala.