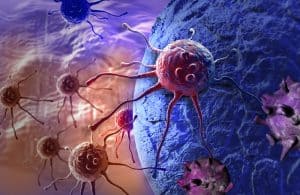 The aim of the AI algorithm is to separate healthy patients from ill but asymptomatic ones based on coughing tone, feeling, and other biomarkers.

In a continuation of the involvement of artificial intelligence (AI) in healthcare, a new app may help diagnose asymptomatic COVID-19 carriers through a simple listening test — a cough from someone infected versus a regular cough.

It may seem straight from science fiction, but a research team at MIT believes that asymptomatic carriers may be showing subtle signs through the sound of their cough. They’ve built an app, programming it with thousands of data points from healthy and sick volunteers.

AI was able to identify coughs coming from those infected with the virus with a 98.5% accuracy rate. It could also pick out 100 percent of cases from asymptomatic carriers who showed no symptoms prior to using the program.

This development could mean faster, more efficient ways to help people determine their infection and right from home. The app isn’t yet available to the public, but the team is working on building it into a program that everyday users can download.

AI and medical screenings are a match

AI involvement in the health sector is growing and was long before COVID’s influence. The original purpose of building this particular AI model was screening for Alzheimer’s. The team has been working on audio diagnosis research since before the pandemic began but felt a shift was necessary considering recent events.

The machine learning algorithm known as ResNet50 could detect changes in vocal sound as well as read emotions, building an effective preliminary diagnostic tool for the degenerative disease. It could even use the cough sounds of Alzheimer’s patients to determine slight changes in muscular tone associated with Alzheimer’s.

Researchers felt the algorithm could transfer to this new diagnosis model because of a growing body of evidence pointing to changes in COVID patients’ muscle tone and neurological effects of the disease in both symptomatic and asymptomatic carriers.

The most fascinating part of this research is that coughing, in many cases, is forced — meaning patients aren’t coughing as a symptom. They’ve been asked to approximate a cough, and the algorithms could pick up from these requests patients who were carrying COVID even without any other symptoms.

The limitations of the current algorithm

The research isn’t meant to differentiate between illnesses. Instead, it separates healthy patients from ill but asymptomatic ones based on coughing tone, feeling, and other biomarkers. The premise is by allowing the public to pre-screen themselves using the app, further testing can occur only for cases where the patient is likely ill or asymptomatic.

Without everyone having to take tests to determine overall sickness, the healthcare system may have some much-needed relief, removing those who truly COVID negative from the official testing burden and focusing on higher priority candidates.

The hope is to change the future of pandemic trajectories by having a reliable set of pre-screening tools already on hand for the next significant disruption and preventing, as much as possible, the disruption in the first place.