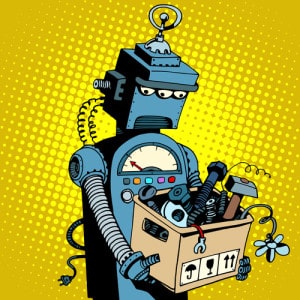 With 400+ IoT platforms in the wild, we should remember that tech markets most always start off with a vertical model. Then they shift to a horizontal one.

The story goes like this: he or she who can create a unified platform that helps organizations cut costs by untold millions, curtail greenhouse gases and make a fortune in the process with data will rule!

This might sound great in a speech at Davos, but we need only a cursory review of history for a reminder of how this will play out. Technology markets most always start off with a vertical solution or model. Then they shift to a horizontal model. Mainframes were vertical, giving way to minicomputers and, ultimately, to PCs, which are very much horizontal. Or look at the cloud market. We started with horizontal players, but are moving toward specialized vertical industry clouds like Veeva.

So instead of a sleek, unified IoT platform what you’ll see is an “IoT Platform” that looks like you imagined it but instead is a composite pieced together from layers of technology from a variety of companies.

This seeming complexity happens because, well, things are complex. A single large utility might have to monitor more than 25 million meters and other devices. Even a medium-size factory will need to track 100,000 different sensors at once. It’s just too much for one platform to do it all—at the same time. No single system or company can solve every problem.

In fact, a recent Cisco survey found that 60 percent of IoT projects fail to take flight and that, of projects completed, a third of the companies behind them didn’t consider them successful. In other words, things looked tougher than they looked and different perspectives were needed.

So if we’re never going to see a fully functional, efficient IoT platform, what will we see? The answer is a series of layers:

Speed, reliability and bandwidth costs dictate a hybrid approach blending local and cloud architectures. IDC forecasts that 45 percent of data will be collected, analyzed and stored right where it was generated due to latency and bandwidth issues.

Of course, just as in the world of IT, in IoT there will be some category-bending. Data analytics will be performed at the data management layer or some analytics companies will provide some data management services. We’re also likely to see the public cloud providers develop their own parts of the IoT environment. Still, the more targeted focus everyone will take will accelerate progress, lower costs and remove roadblocks.

Sure, would a single cohesive system be easier? Yes. But would it be as good? No. Once again, a horizontal model will win out in IoT because it brings out the best in everyone.

Lance Fountaine is the Principal Advisor, Transformation Services at OSIsoft.