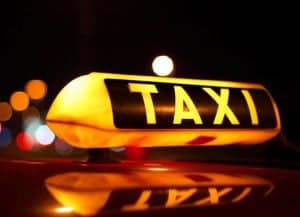 Nissan may not be the biggest name in autonomous driving, but its newest partnership, Easy Ride, could change that. The company began working with DeNA and NTT DoCoMo to expand field testing for autonomous taxi services in the city of Yokohama.

A step towards smart infrastructure

Nissan and DeNA designed and built the vehicles, but the partnership with NTT DoCoMo adds a new design element to the mix. Together, a smart infrastructure added to existing roads powered by 12V allows the environment to send relevant information to autonomous vehicles.

This workaround has precedent. Developers have long suspected that part of the autonomous vehicle puzzle would be altering the environment itself to suit the needs of the vehicles. Nissan’s move will help reduce the unexpected, giving autonomous vehicles fewer reasons to ever need human override or intervention.

See also: Is Autonomous Transportation More Distant Than We Think?

Complications, but still a new step toward autonomous

Nissan’s service still has limitations. The experiments follow SAE level 4 autonomy rather than level 5 (handles all driving situations). The cars still require safety drivers in the front seat and aren’t completely ready to deploy in the way Nissan envisions. The company also plans to keep 24/7 human oversight even after wider deployment efforts.

The reality of building vehicles capable of true autonomy is more complex than we thought a few years ago. Driving remains an unpredictability based on road conditions, unexpected events, type of driving (city versus highway, for example), and other factors we can’t always account for.

Nissan’s partnerships have brought us one step further towards the dream of autonomous vehicles and smart infrastructure capabilities, but it still has a ways to go before true autonomy.  However, as companies build new solutions with partners that get around obstacles, we could see many more limited services such as Easy Ride in the near future.