Home / Internet of Things / Nokia, AT&T Get Together On Global IoT Deployments 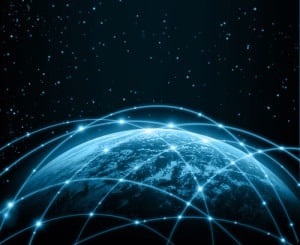 Nokia and AT&T have announced a collaborative effort to push Internet of Things (IoT) deployment globally.

The two companies have also agreed to develop, test, and launch the next-generation IoT devices together, working with each other on emerging technologies like 5G wireless and edge computing.

See also: Case Study: Utilities Get a “Try Before You Buy” Approach for Critical Apps

“This collaboration proves our commitment to the global IoT market, providing seamless connectivity across geographical borders and technologies,” said Sanjay Goel, President of Global Services at Nokia. “With AT&T’s leading position in IoT and proven experience meeting real customer needs, we have a winning combination to bolster our global IoT capabilities.”

AT&T expects commercial deployment to start next year. Nokia plans to deploy WING into more than 20 countries worldwide by 2020, including markets in Europe, Asian, North and South America and the Middle East.

“Our work with Nokia WING will help clear away the complexity of large-scale IoT adoption so that our customers can unlock the potential of IoT,” said Chris Penrose, President of Internet of Things Solutions at AT&T. “Boosted by Nokia’s globally deployed ‘one-stop shop’ network technology, we can be more nimble and responsive to our customers’ needs.”

AT&T has already made inroads into the global IoT market with its global SIM, which works in over 200 countries and territories. The Multi-Network Connect that makes the global SIM work will be integrated into Nokia WING.