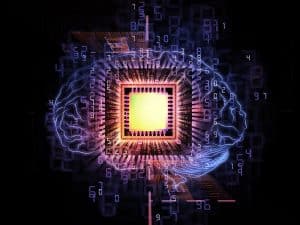 New products announced at the NVIDIA GTC conference had a common objective: Accelerate AI and extend its use to new application areas including digital twins, simulations, and 3D collaboration.

The NVIDIA GTC conference held this past week was a gathering place for everything related to artificial intelligence. Dubbed “The Developer Conference for the Era of AI,” NVIDIA and its ecosystem of technology cohorts made numerous product, solutions, and partnering announcements focused on accelerating artificial intelligence workloads and expanding AI into new application areas.

To start, NVIDIA announced major updates to its NVIDIA AI platform, a suite of software for workloads including speech, recommender system, hyperscale inference, and more. The technology has been adopted by global industry leaders such as Amazon, Microsoft, and Snap.

The company also announced the NVIDIA AI Accelerated program, which helps to ensure the performance and reliability of AI applications developed by NVIDIA’s software and solution partners. The program increases visibility to a wide range of proven AI-accelerated applications, enabling enterprise customers to deploy with confidence on the NVIDIA AI platform. Adobe, Red Hat, and VMware are among the more than 100 partners participating when launched.

Other NVIDIA news from the conference includes:

Kroger and NVIDIA team up

Also at the conference, The Kroger Co. and NVIDIA announced a strategic collaboration to reimagine the shopping experience using AI-enabled applications and services. The two companies will build a state-of-art AI lab and demonstration center to expand Kroger’s freshness initiatives, improve shipping logistics, and create a better shopping experience in stores through digital twin simulations – virtual models designed to accurately reflect store layouts and other operations.

The lab will be located in Kroger’s Cincinnati-based headquarters office. It will use the NVIDIA AI Enterprise software suite for Retail, NVIDIA Omniverse Enterprise to build digital twin simulations, and NVIDIA ReOpt to explore logistics optimizations. The initial installation will use nine NVIDIA DGX A100 systems, NVIDIA InfiniBand networking, and NVIDIA RTX workstations to gather actionable insights on the grocer’s nearly 2,800 stores across the United States.

Additionally, the companies will explore how NVIDIA technology can:

Other artificial intelligence news from the conference

DDN announced its next-generation flash and hybrid data platforms for NVIDIA DGX POD and DGX SuperPODAI, analytics, and deep learning computing infrastructure. The DDN A3I AI400X2 system delivers more than 90 GB/s and 3 million IOPS to an NVIDIA DGX A100 system. Available with 250TB and 500TB all-NVMe usable capacity and with the ability to scale orders of magnitude more, the DDN AI400X2 is designed to be a high-performance building block for AI infrastructures.

Syslogic announced its newest AI Rugged Computer based on an NVIDIA Jetson AGX Xavier. Syslogic Rugged computers are among the most robust systems on the market and are used in agricultural robots, agricultural and construction machinery, and special vehicles. The new AI Rugged Computer RPC RSL A3 was designed from the ground up for autonomous machines and vehicles. With its powerful NVIDIA Jetson AGX Xavier industrial module, the embedded computer becomes the computer vision unit and handles tasks such as object recognition, environmental perception, or intelligent control of autonomous machines and vehicles. The rugged computer can process and evaluate data from multiple sensors simultaneously and practically in real time.

Run:ai announced details of a completed proof of concept (POC) that enables multi-cloud GPU flexibility for companies using NVIDIA GPUs in the cloud. NVIDIA’s software suite includes virtual machine images, or VMIs, which are optimized for NVIDIA GPUs running in clouds such as Amazon Web Services, Microsoft Azure, Google Cloud, and Oracle Cloud. Run:ai’s workload-aware orchestration ensures that every type of AI workload gets the right amount of compute resources when needed, and provides deep integration into NVIDIA GPUs to achieve optimal utilization of these resources. Run:ai software deployed on NVIDIA VMIs enables cloud customers to move AI workloads from one cloud to another, as well as to use multiple clouds simultaneously for different AI workloads with zero code changes.