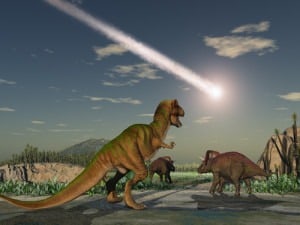 Businesses that do not make artificial intelligence (AI) a core competency within the next five years may face extinction, according to GlobalData.

Businesses that do not make artificial intelligence (AI) a core competency within the next five years may face extinction, according to research by UK digital media firm GlobalData.

The report suggests all industries will be affected by AI and incumbents that fail to recognize the importance will see a massive decline in market-share. GlobalData said that construction, energy, and education lag behind other industries in AI adoption, which may lead to new startups taking over the field.

‘‘Nearly 70 years since Alan Turing posed the question ‘Can machines think?’, AI is finally beginning to have an impact on the global economy,” said Ed Thomas, a senior analyst at GlobalData. “This technology has the potential to transform how we live and work at an extremely rapid rate and it is already beginning to have an effect across industries, with well-established incumbents increasingly coming up against major disruption from AI platforms.”

In the report, GlobalData said while some believe AI projections in the next five years to be hyperbolic, it should not dissuade them from investing the technology. It noted that Google CEO, Larry Page, said AI could have a similar evolutionary impact as electricity and fire had on the world.

The biggest technology companies are embracing AI and deploying it across their platforms. Google, Amazon, Microsoft, Facebook, and IBM have all invested billions in research and development of machine learning tools.

It will be difficult for startups to challenge incumbents in this field, according to GlobalData, because of the required datasets and computing power to make AI a possibility.

The report does suggest that the big three in China – Tencent, Baidu, and Alibaba – may be competitors in the global market, especially with the Chinese government’s interest in AI development.

The US-headquartered tech giants are currently setting the pace, but they will face increasing competition from Chinese firms like Baidu and Alibaba. Baidu boasts a world-class team of AI specialists, while Alibaba’s progress in AI was highlighted by its recent success on a Stanford University reading comprehension test, where it outscored humans,” said Thomas.