Home / Analytics / OpenText Magellan Has IBM Watson in Its Sights 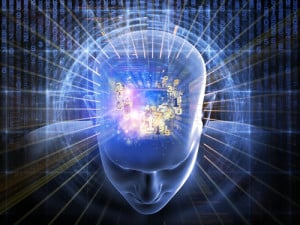 OpenText has made the official move into artificial intelligence with Magellan, and it has not shied away from the big competitor it’s going after: IBM Watson.

OpenText, one of the leaders in the enterprise information management (EIM) market and the creators of a number of big data analytics and business intelligence (BI) platforms, recently made the official move into artificial intelligence after promising as much for a number of years. The company’s new product, OpenText Magellan, is a “flexible AI and analytics platform” that uses machine learning to help businesses make decisions about which moves to make next based on their data.

Barrenechea and other OpenText employees have never shied away from the big competitor they’re after with Magellan: IBM’s Watson cognitive and analytics platform. In fact, Barrenechea took to the stage at last year’s Enterprise World 2016 to criticize what he perceived as IBM’s closed and difficult-to-learn ecosystem for developing AI and ML algorithms. He claimed that if one develops a novel algorithm using Watson’s codebase, “IBM owns the algorithm. Not with us. You write your algorithm, you own it.”

Muhi Majzoub, the executive vice president of engineering at OpenText, recently reiterated that point, saying directly that IBM would try to claim ownership of any IP developed using the Watson platform. On top of this, Majzoub says, Magellan is easier to work with because it uses more standard programming languages like Python, R, and Scala, compared to Watson’s complex mainframe language

At the center of Magellan’s implementation is Apache Spark, the open source big data processing engine that more than 70 percent of IT managers and BI analysts are turning to in favor of MapReduce. Spark contains the MLlib machine learning library, which is quickly gaining popularity as one of the fastest ways to implement a ML pipeline for any number of different tasks, such as correlations, classifications, decision trees, and more.

Enterprises that both create and consume analytics experiences are flocking to open source products like Apache Spark for their large developer communities, high degrees of security based on the volume of developers examining the code, and overall flexibility to have the solution fit their problems, rather than the other way around. Enterprises across industries are collaborating on creating better big data analytics and machine learning capabilities, such as we’ve seen in the Hyperledger Fabric blockchain implementation.

[ Related: Why AI Will Become an Essential Business Tool ]

Beyond that, Magellan’s AI capabilities are supported by a number of OpenText’s existing big data analytics, visualizations, and business intelligence platforms. The company is positioning this new product as a “pre-wired” solution that might help enterprises get started with AI and analytics without having to spend a great deal of time and money putting these pieces together manually.

Many of these components use technology OpenText has gained through acquisitions over the years. In 2015, OpenText acquired Actuate, which had developed the technology to visualize structured, semi-structured, and unstructured data. Similarly, Nstein was acquired for its text mining and classification technology, and merged into what’s not Magellan.

[Related: Will IBM’s ‘Watson For Everyone’ Approach Work? ]

The Magellan approach is to bridge these once-disparate technologies together to create a cohesive platform, and, according to Barrenechea, they’ve created a system that’s both affordable and extensible, with a faster time to implement compared to other key players in the market, such as SAP Leonardo.

A way forward with OpenText Magellan

The timing of Magellan’s release couldn’t come better for OpenText, given how it’s targeting Watson directly. Jefferies’ James Kisner recently published a rather scathing equity research report about Watson’s performance that gave it an “underperform” rating and said IBM “appears outgunned in the war for AI talent and will likely see increasing competition.”

OpenText Magellan is already available for early adopters who are looking for a new way to discover insights from their existing sets of data. This AI system can be deployed on premises, in the cloud, or in hybrid configurations to help make the implementation easier for all organizations, depending on their needs and their existing IT infrastructure.

Will enterprises ditch the seemingly all-purpose Watson AI solution in favor of something new? After making many promises over the years, OpenText is finally wandering into a highly competitive market, but one that holds a great deal of promise. To Magellan’s credit, there will be no shortage of enterprises looking to dip their toes into AI without having to double their IT staff — if this “pre-wired” solution works, it could be a major win for the company.