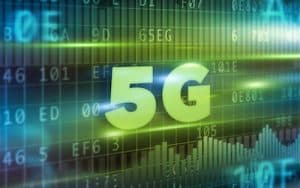 5G is the missing link that can provide the necessary bandwidth and wireless connection to the cloud for new smart city projects.

Current statistics predict that the volume of data generated will amount to 181 zettabytes by 2025, more than six times the amount that was processed in 2018. However, the 4G networks are a bottleneck for moving this data to the cloud. 5G increases mobile bandwidth by at least a factor of 100 which will allow data created by smart vehicles (think Teslas, buses, trucks), municipal surveillance cameras, traffic signals and sensors, emergency vehicle communications, and hundreds of other data sources to reach the cloud.

This advanced technology will become increasingly important as cities and regions across the U.S. aim to modernize and increase sustainability with the help of other intelligent technology. On November 15th, President Biden signed into law the long-anticipated $1 trillion infrastructure bill, which made it through Congress after extensive negotiations. The bill establishes and allocates over $500 million to the Strengthening Mobility and Revolutionizing Transportation (SMART) grant program, which will help cities pay for smart city projects ranging from building out autonomous and connected vehicles infrastructure, smart traffic sensors, smart grids, and commerce delivery and logistics over the next five years.

While this program is new, it’s not the first time the U.S. government has tried to encourage smart city projects. In 2015, the Department of Transportation (DOT) administered a one-off Smart City challenge, choosing between seven cities’ proposals for the grand prize of $50 million to fund the development. Ultimately, Columbus, Ohio won thanks to its proposal of connecting the city’s infrastructure with mobile apps that gave better traffic schedules, allowed scheduling of medical appointments, and offered payment services and free public Wi-Fi. Since then, the city has only achieved a few of those goals, including providing public transit apps for people with cognitive disabilities. However, many of those goals have been derailed or remained unattainable in large part because of technical challenges.

The implementation of 5G networks has the potential to enable cities like Columbus to take advantage of this new program and funding with the connectivity needed to create ​​a more cohesive and prepared environment. However, while 5G is emerging to save the day for smart city development, it also brings new data and operational challenges. Questions remain around how and where it will be used and the impact it will have on companies and their IT standards. In order to realize the future of smart city development, it’s imperative that we overcome these challenges.

While the opportunities with 5G are seemingly endless in a connected world, it also comes with new challenges. The global volume of data is growing exponentially, and the promises of 5G will only catapult these volumes to unseen levels. Collecting, processing, managing, and storing data from connected devices, surveillance cameras, and autonomous vehicles is nearly impossible through the traditional “one-stop-shop” approach to cloud services that the hyper-scalers have built their businesses on.

Video surveillance will be one of the key beneficiaries of the 5G rollout. Surveillance cameras today (and there are over 1 billion in use worldwide) are moving up to higher resolutions in order to be able to identify vehicles, monitor suspicious activities on the streets and in public places, and to be able to identify individuals involved in crimes. Connecting all these cameras to the cloud has been difficult because the 4G network cannot handle the volumes of data. This means that dedicated wired networks have been needed, and these are very expensive. With the universal rollout of 5G, cameras on the streets will be able to upload data to the cloud with relative ease, making dedicated wired networks a thing of the past.

While most experts agree that surveillance is moving to the cloud, the question is, “Which cloud?”  The hyperscalers are not really optimized for surveillance. Their storage is targeted at business data and is too expensive for most surveillance applications. Furthermore, surveillance involves a lot of human monitoring, and this means data has to be transmitted over the internet to where the person is who is doing the monitoring. The hyperscalers have significant charges for data that egresses from their clouds to the public internet, making surveillance monitoring a very expensive proposition. Finally, there are a wide variety of sophisticated AI tools on the market that can, among many other things, read license plates, identify individual faces, monitor the activities of a crowd, analyze street traffic, and so on. While the hyperscalers all compete in this AI space, they don’t always have the best solutions. Surveillance argues for lots of bandwidth (5G), inexpensive storage (presumably from 3rd party vendors), and specialized cloud computing armed with best-of-breed analytical software.

5G brings increased demand for diversifying towards a hybrid and multi-cloud-centric industry with more personalized, flexible, and cost-effective cloud storage options. It will give organizations the ability to “mix and match” their “best-of-breed” solutions to meet each of their unique requirements without the threat of depleting their IT budgets.

An effective multi-cloud strategy is key for addressing these challenges, especially as data requirements keep changing. By combining private and public cloud services, IT departments benefit from greater flexibility, and data use can scale as required. In the data center of the (near) future, the various offers from several providers will likely be made available according to a uniform standard. In a world where 5G is imminent, this flexibility is becoming increasingly important.

The benefits of a well-developed 5G network are clear for private individuals – with the 5G standard, sensors can be connected to each other on any device regardless of Wi-Fi availability, which means that mobile devices have access to the network around the clock. It also enables enormous advances in key areas of technology, from artificial intelligence (AI) and machine learning to video surveillance, the internet of things (IoT), and self-driving cars.

Autonomous vehicles, for example, rely on a constant flow of navigation data. 5G allows them to create highly detailed images of streets and thereby create a networked internet of self-driving cars. A future with autonomous vehicles will de facto only be possible through reliable 5G connectivity. Another example is equipping medical devices, such as pacemakers and insulin pumps with intelligent functions. The additional bandwidth enables them to carry out the correct treatment in real time and automate processes that traditionally require personal attention.

In the context of smart cities, cities are already stepping up their game with surveillance cameras, police body cameras, and satellite images that can monitor traffic patterns to keep civilians safe and operations efficient. However, keeping all of this video data secure and accessible is a challenge in and of itself. The cloud offers unique storage capacity and processing capabilities, such as immutability, to keep video secure, available, and accessible. 5G is the missing link that can provide the necessary bandwidth and wireless connection to the cloud for secure video at the edge.

Technological progress is accelerated further with the establishment of the 5G network and is no longer a distant vision that companies, cities, and IT departments can ignore. The introduction of emerging technologies such as IoT, AI, and automation will advance smart city development, but this growth will only succeed if data processing and analysis through 5G is given the appropriate infrastructure. In the end, it all depends on being able to move large amounts of data through the network and having an affordable way to store that data so that it can be easily accessed and analyzed.

David Friend is the co-founder and CEO of Wasabi, a revolutionary cloud storage company. David’s first company, ARP Instruments developed synthesizers used by Stevie Wonder, David Bowie, Led Zeppelin and even helped Steven Spielberg communicate with aliens providing that legendary five-note communication in Close Encounters of the ThirdKind. David founded or co-founded five other companies: Computer Pictures Corporation – an early player in computer graphics, Pilot Software – a company that pioneered multidimensional databases for crunching large amounts of customer data, Faxnet – which became the world’s largest provider of fax-to-email services, Sonexis – a VoIP conferencing company, and immediately prior to Wasabi, what is now one of the world’s leading cloud backup companies, Carbonite. He graduated from Yale and attended the Princeton University Graduate School of Engineering where he was a David Sarnoff Fellow.