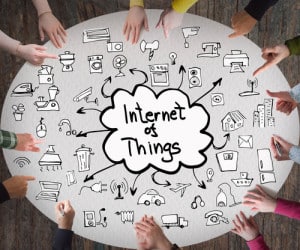 Will the IoT mean a lot of technology thrown at business problems with little or no return?

Anyone watching the Internet of Things (IoT) space can be forgiven for bouts of vertigo – trying to watch and catch the frenetic swirl of devices and sensors spewing data everywhere and anywhere at real-time, sub-second speeds is enough to send anyone reeling.

There’s a lot going on in the space, and a lot of vendors – along with enterprises, government agencies and media companies — are jumping on board. Heck, even the slower-moving insurance industry is in a state of euphoria over IoT. Needless to say, with all this attention and jockeying for position, plenty of investment dollars, euros, pounds and rupees are sure to follow.

The question is, will all this money be well spent? Or will it — as has been the case with many other technology investments – mean a lot of technology thrown at business problems with little or no return?

Industry observers caution that IoT needs to approached systematically, with an emphasis on the business benefits capable of being delivered. The folks at Data2Go Wireless recently assembled the views of many of these pundits, and I was pleased to be asked to also weigh in on the topic. “There are still many business in 2016 that still haven’t taken advantage of the many benefits the IoT has to offer,” the report starts off. So, what’s holding things back?

It’s not the things that matter…

For starters, a lack of imagination — not technology – is what IoT’s main issue is at this point. That’s the view of Patrick Thibodeau of Computerworld, who points out that “IoT technology isn’t the problem. The sensors are reliable, inexpensive and require little power. Wireless technology options are expanding. Data can be efficiently analyzed and mined with the help of specialized cloud providers. The standards will sort themselves out. All the pieces are there.”

The challenge now is to take that foundation and build new businesses and markets. “The obstacle is imagining how to take existing processes, products and services and create something new out of them,” says Thibodeau.

There are some new ways of working and doing business that have not been thought up yet. Perhaps new ideas will present themselves as real-time connectivity grows.

Thibodeau mentions that the data analysis is ready to go, but other observers question whether businesses at this point really know what to do with the data. Having petabytes of data in storage doesn’t make one a data-driven business, any more than having a large swimming pool makes one an Olympic-class swimmer.

Meta S. Brown of Forbes points to the example of retailers, who are still only discovering, in fits and starts, what to do with the mounds of data they have been collecting. “Many retailers have not made good use of the customer data that’s been available to them for years,” she states. “Now they can add heaps of mobile phone monitoring data to the mix, but what value will they get from that? If they weren’t willing to use sales data to revise mailing lists, what benefit can you expect from tracking shoppers’ each and every movement? No benefit at all.”

I like the way Meta explains IoT’s challenge one succinct sentence: “The IoT’s value is never greater than what management is prepared to do with it.”

IoT standards, and the lack thereof

Some great strides are being made to establish IoT standards (see Richard Soley’s discussion of Industrial IoT standards here), but sorting it all out may take some time, especially since there are now so many chefs in the IoT kitchen.

The current lack of standardization is the main obstacle to IoT, in the view of several pundits. Duncan Jefferies of The Guardian, for one, suggests that “there’s still much more work to be done to allow smart devices and sensors to communicate effectively”

David Roe of CMSWire agrees, stating that the IoT is currently suffering from an “enormous communications disconnect,” especially with predictions of anywhere between 20 billion and 50 billion sensors by 2020. “Right now, IoT devices are not being configured to speak a single language,” he adds. “There is no universally accepted communications standard that will enable all devices to communicate.”

Roe hopes that the industry will move toward “a single communication standard enabling devices speak to every other connected device,” part of “a super web where all devices will talk to each other and where data can be transferred easily between devices and clouds.”

Who owns the data?

Data ownership is another issue that needs more clarity. With all these devices generating data, and having it collected by enterprises that may or may not be the actual owners of these devices (think about retailers collecting mobile payment data), there are still many questions about data ownership and privacy that need to be addressed. “There needs to be much more openness about how the mass of data generated by the IoT is used: who owns it, who benefits from it, and who can access it,” says Jeffries.

My own take on IoT’s challenge is the ability of enterprises to sort and sift through the complexity of all the data. Here, the 80-20 rule comes into play, in which only 20 percent of the data and insights gathered through IoT may be of some value. We’re talking about even bigger big data here, which could be overwhelming. There will likely be only a few grains of data that are of material importance to operations and insights, but which grains will they be? Before all this money is invested in IoT efforts, people will have decide which pieces of data are really important, and whether it is worth the cost and time to try to capture everything.

The people issues are perhaps the most challenging aspect of IoT, as expressed by Chuck Martin of MediaPost. “The biggest hurdles in realizing the potential of The Internet of Things have less to do with the technology and more to do with people,” he states. The IoT will produce much “behavioral change, which is never easy.”