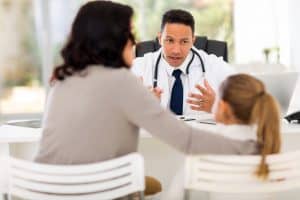 A predictive model for septic shock is needed to improve early diagnosis, and get early treatment to the high-risk patients for whom it can be life-saving.

Researchers at the University of Colorado have published a study demonstrating a predictive analytics algorithm that can accurately identify children most likely to go into septic shock.

The researchers, from the Anschutz Medical Campus, took data from six pediatric emergency departments – a total of 2,464 visits – to make the model. From that data, it was able to predict 90 percent of all septic shock cases.

Septic shock is a life-threatening condition that occurs when blood pressure drops after an infection. Early intervention is required to limit the infection; however, the symptoms are often difficult to recognize, especially in hospitals without pediatric specialists.

“No models exist to predict the risk of septic shock upon arrival to the ED, a critical time point for intervention,” said Halden Scott, associate professor of pediatrics at the University of Colorado School of Medicine. “We set out to develop a model of the risk-based on patients whom doctors suspected had sepsis upon arrival.”

While the model shows promise, the researchers were aware of the limited sample size. The data only included patients that were suspected of having sepsis as well, further limiting it. Still, it shows that predictive analytics can be an early alert system for pediatrics, who may miss some of the signs.

“The early treatment for sepsis is relatively simple, but if it’s not given early a downward spiral of organ failure can begin that is difficult to reverse,” said Scott. “This is why we believe that a predictive model for septic shock is so important to improve early diagnosis and get early treatment to the high-risk patients for whom it can be life-saving.”