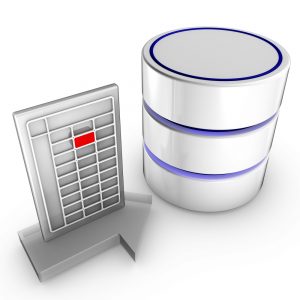 Rather than having to employ specialists to wrangle data for hours, the average SQL query can now be created and executed in less than four minutes.

Promethium this week launched a Data Navigation System (DNS) that makes use of machine learning algorithms to enable end users to employ natural language to generate SQL requests without ever having to know where the data being analyzed is located.

Once DNS turns a natural language question into a SQL statement it automatically locates all the relevant data available, assembles it, generates the SQL statement and executes it, thereby eliminating all the manual processes associated with analyzing large amounts of data, says Promethium CEO Kaycee Lai.

Rather than having to employ specialists to wrangle data for hours, the average SQL query can now be created and executed in less than four minutes, adds Lai.

That capability sharply reduces the total cost of ownership (TCO) for business intelligence applications by reducing the need for end users to rely on specialists such as data scientists to query data, says Lai. In effect, Lai says DNS not only saves organizations time; it also reduces costs associated with hiring data specialists that can easily make annual salaries of $100,000 or more when all the costs associated with hiring a full-time employee are fully loaded.

DNS can also identify what data might be inaccessible within an environment that would be relevant to that query, adds Lai.

By making data more accessible, organizations should be able to make better fact-based decisions faster. One of the primary reasons so many end users still rely on intuition to make decisions is it simply takes too long to assemble and analyze the relevant data. As access to data becomes more democratized, the probability end users will use data to at the very least inform a decision will only increase.

As more SQL requests get generated it will be interesting to see how many backend systems will be able to scale up to handle the increased load. Many organizations may soon find the backend database they installed at the start of the last decade is no longer up to the task at hand as the number of queries being launched against ever-increasing amounts of data exponentially increases.

Of course, there will come a day when end users won’t even have to type a query. Conversational interfaces will soon enable them to simply issue a voice request. In the meantime, as organizations start to appreciate the value of the data they possess, the real challenge now is to find a way to make that data accessible to them in a way that doesn’t result in massive additional costs just for the privilege of being able to ask a question.