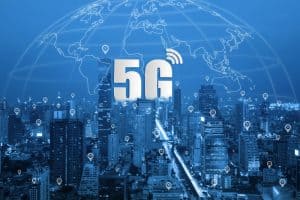 Without the right cybersecurity capabilities in place, 5G networks can’t realize their potential in autonomous operations.

Given the wide range of edge, IoT, and real-time applications envisioned for 5G, the security of 5G managed services is critical. Thanks to a Stanford demonstration earlier this year, we may be able to protect these services from vulnerabilities during attacks. In the demonstration, a small fleet of drones was able to maintain a flight path despite persistent attacks on the network by using software designed by Open Networking Foundation.

The success of the SDN showcases a path to securing 5G networks despite continued attacks. This is a crucial step in rolling out full 5G capabilities and ensuring company trust. The demonstration allowed drones to recover from cyberattacks almost immediately, something that companies can leverage as attacks continue to increase.

Operating autonomous vehicles and robotics remains an area of concern, but this type of operation is also a huge benefit of switching over to 5G. Without the right cybersecurity capabilities in place, the new networks can’t realize their potential in autonomous operations.

Project Pronto’s demonstration moves the cybersecurity needle further using a simplified approach to black-box networking. SDN allows for the decoupling of data and routing functions. The result is faster recovery from attacks and increased resistance to the vulnerabilities experienced by networks in the past.

In the demonstration, a denial of service (DoS) attack caused a momentary lapse in the flight path. Researchers activated path verification, deactivating disruptive packets and righting the flight path. It only took a few seconds for researchers to manage the disruption and mitigate any further consequences through this simple response.

In a similar demonstration, path verification also prevented drones from sharing their location with hackers, showcasing the ability to prevent exfiltration attacks. Both will be an essential part of deploying different types of automated systems on the new 5G network and will continue the path cybersecurity companies need for full adoption.