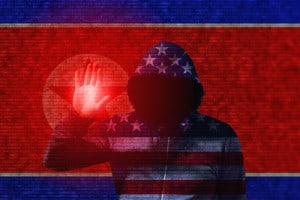 The Mirai botnet used millions of IoT devices to knock a major portion of the internet offline in massive 2016 cyberattacks.

Three American men, including a former Rutgers University student, have entered guilty pleas for their roles in creating and distributing the code for the Mirai botnet. The botnet used millions of IoT devices to knock out dozens of major websites and a sizable portion of the internet in its massive 2016 attacks.

Paras Jha, 21, pled guilty to charges related to writing the code that allowed him to infect and control IoT devices with the botnet. He also pleaded guilty to repeatedly hacking the Rutgers University computer system between 2014-2016, causing the university to lose millions of dollars.

See also: How SMBs can protect themselves from cyberattacks

Josiah White, 20, and Dalton Norman, 21, also pleaded guilty to charges related to the development and use of Mirai, and Jha and Normal pled guilty to additional charges involving online advertising fraud that netted them 200 Bitcoins, which are currently worth over $3 million.

Officials say Jha created Mirai in August 2016, initially targeting sites he and his fellow attackers had grudges against. They also rented the botnet out to other criminals for financial gain. Jha tried to cover his tracks by publishing the code online.

“Starting when he was just 19 years old, (Jha) made a series of mistakes with significant consequences that he only now fully appreciates,” Stahl said in a statement. “He is extremely remorseful and accepts full responsibility for his actions.”