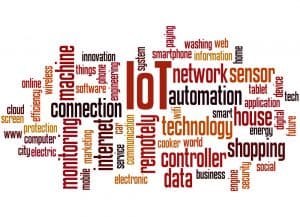 Its IoT platform is designed for both consumers and experts and lets them control anything from a smart thermostat to fully automated buildings and even robots.

Quantum Integration recently launched a Kickstarter campaign to support its Quantum IoT platform. This powerful platform includes a complete suite of hardware and software. It’s user-friendly, including to those new to IoT technology. The graphical user interface doesn’t require programming experience but does enable users to create customized plug-and-play IoT devices, firmware, and the applications to manage them.

“We’re incredibly excited to open up this kind of technology to the mainstream,” says Michael Barnick, CEO and founder of Quantum Integration. “Hobby electronics and the IoT space, in general, can be intimidating for some, and platforms require a degree of programming knowledge. Our platform’s features like the drag-and-drop App Builder and automated Firmware Generator make developing complex projects simple, and users easily create and take on their own projects in record time.

According to their release, backers can choose from several options:

Quantum’s platform also allows third party integrations and is future proof, with their user-friendly process to connect and control hardware.