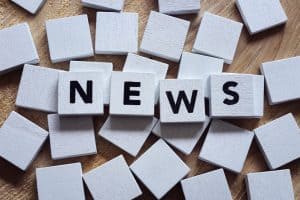 In the news this week: AI and ML solutions to future-proof vehicles, an update to an open-source multi-model database, a cognitive advertising accelerator, and a major studio turns to AI to pick its next blockbuster.

BlackBerry Limited unveiled a customizable concept solution that OEMs and fleet managers can use for vehicle health and security use cases to ‘future-proof’ their vehicles, accelerating development timelines, and reducing the cost of moving projects from research to production and onto roads. Companies will be able to leverage the solution to build powerful AI and ML software-driven use cases with a view to enhancing the overall safety and security of their vehicles. The new offering marks the first time BlackBerry Cylance’s AI and ML technologies have been integrated with BlackBerry QNX solutions, which currently are embedded in more than 150 million cars on the road today.

ArangoDB announced the GA release of ArangoDB 3.6, the open-source native multi-model database.  ArangoDB 3.6 introduces OneShard, the ability to restrict individual databases to one node in a cluster, to ArangoDB’s Enterprise offering, and includes major performance improvements that increase query speeds up to 30x faster.

IBM announced the launch of Advertising Accelerator with Watson, a first-to-market offering that leverages artificial intelligence (AI) to predict the optimal combination of creative elements to help drive high engagement and conversion for a given audience. The predictive solution leverages Watson to create campaigns designed to understand and engage consumers while addressing industry pain points like targeting and personalization.

Warner Bros.’ movie division has signed a deal to use AI entertainment analytics company Cinelytic’s project management system to decide better which movies to produce in the future. The Hollywood Reporter broke the news and noted that the Cinelytic’s system “can assess the value of a star in any territory and how much a film is expected to make in theaters and on other ancillary streams.”

If your company has real-time analytics news, send your announcements to [email protected].